Yoo is on a U.S. trip to attend the conferences of the World Bank and the International Monetary Fund, as well as the G20 Finance Ministers and Central Bank Governors meetings.

During his visit, Yoo and his British counterpart Philip Hammond discussed post-Brexit issues, especially as the change will also impact the free-trade agreement between South Korea and the EU. 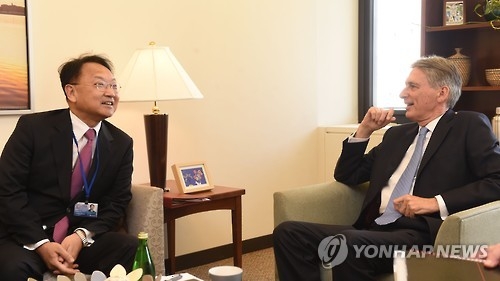