"It was a good experience for me, but I'm very sorry for my team failing to get to the postseason," he said upon arrival at Incheon International Airport. "I'll work hard during the off-season to perform better next year."

His eye-catching performance in the United States stood out among his considerable success both in the South Korean league and the Japanese league.

He is the only player who earned at least one save each from three baseball leagues in the United States, South Korea and Japan.

The 34-year-old South Korean made his professional debut in the Korea Baseball Organization in 2005 and moved to Japan in 2014. Entering the 2016 season, he signed a two-year contract with the Cardinals after wrapping up his two-year career with the Hanshin Tigers of Japan. 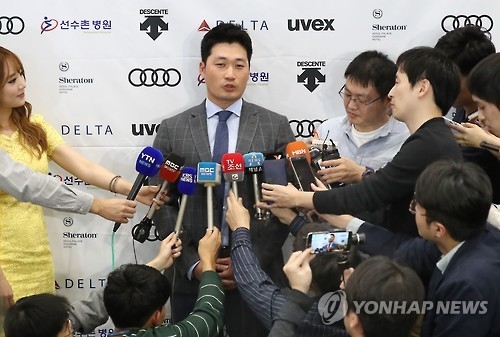