BUSAN, Oct. 8 (Yonhap) -- Raised amid the nationwide love for the Godzilla franchise that began in 1954, Japanese director Shinji Higuchi has never lost his passion for the long-running series.

So he briefly took part in the film series in his youth as a part-time worker who made the settings. What he never expected was getting the chance to connect his love for the sci-fi monster action franchise with his job.

"I was over the moon when I received the offer to helm 'Godzilla Resurgence'," the Japanese director said during a group interview with South Korean media on Friday at the 21st Busan International Film Festival. "But I felt obliged to feign calmness at that time, fearing that showing my excitement may make me look unprofessional."

The film, also known as "Shin Godzilla," is the 29th installment of the Godzilla series produced by Toho film studio with co-director Hideaki Anno. It premiered in Japan in July, 12 years after the last Godzilla film was made. 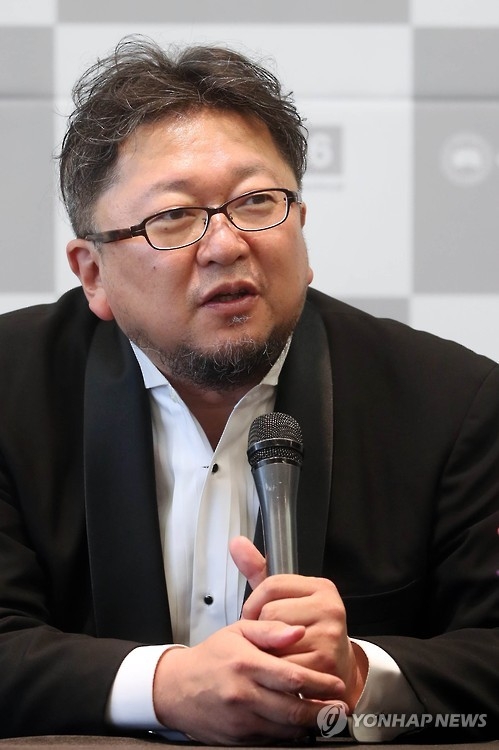 The new film depicts Tokyo in a national emergency caused by the sudden appearance of Godzilla who rises from Tokyo Bay to attack the city. As the government fails to come up with an effective solution, citizens panic in the face of death and destruction.

Higuchi showed confidence in the quality of "Godzilla Resurgence," despite concerns that the series has become a "franchise brand" with numerous sequels and remakes.

"I give my word that the new Godzilla film is, indeed, new," he confided.

The previous Godzilla films were made under the scenario that Godzilla was a real creature that people knew existed. "Godzilla Resurgence," on the other hand, starts out with the idea that the monster is one that people have not witnessed before.

"Not many Godzilla movies have been played in South Korean cinema, but the new settings will help Korean watchers enjoy the film (without difficulties of following.)"

The film gained rave reviews in Japan, because it goes beyond a pool of special effects and arouses watchers' sympathy about various social and political conflicts. 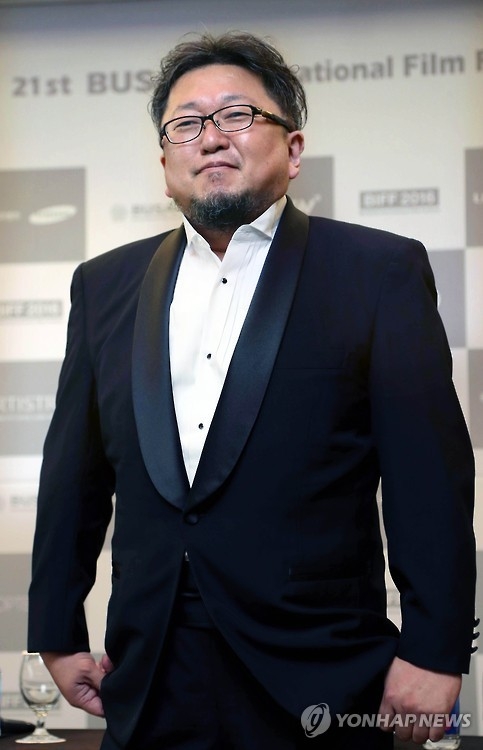 With the age-old Godzilla series, Higuchi hoped that the watchers would be able to grasp its big message.

The first Godzilla movie was made in 1954, a decade after two nuclear bombs exploded in Nagasaki and Hiroshima, claiming the lives of over 1 million.

"Japan is a country that has had its lessons from its wrongful deeds," he said. "I think the first Godzilla film looks into (the manmade losses from) war and science. There is still a lingering question of whether we still have to keep pushing for 'development.'"

"In 2011, we've witnessed a large earthquake. The (Fukushima Daiichi nuclear accident) has caused us a disaster that has not been solved until recently."

Believing in the innate goodness of mankind, Higuchi said he tried to portray every character in an "equal, fair way, without stigmatizing good and evil."

The Japanese film and special effect guru hoped that his film would bring his people together to overcome disaster and push the politicians "do what is to be done." In the time of crisis, Higuchi hoped that people would actively engage in determining what is to be done, rather than waiting on the government to take care of every crisis. 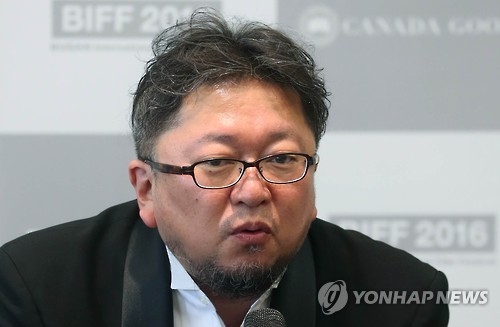 South Korea has been considered a barren land for the monster movies, most vividly demonstrated by the market failure of "Yonggary," directed by Shim Hyung-rae in 1999.

When asked about solutions to the near extinction of the genre in South Korea, Higuchi alleged that the country has already begun to see outstanding directors who are capable of making terrific monster films, such as "The Host," directed by Bong Joon-ho.

"Some may say that Korea makes poor monster movies, but I was upset when I watched 'The Host.' It was exactly the kind of monster action film that I wanted to make."

"If (Steven) Spielberg directed that scene, he would have played with the watchers' tension, making them feel like the monster would pop up in any minute. Bong, on the other hand, made the monster pop up without any predication."

Higuchi expected that his film will reap greater success in South Korean cinema than in certain Southeast Asian countries where the film was released earlier.

He was caught with unexpected responses in those countries, such as about a scene where the Japanese military hesitated in shooting Godzilla, due to the presence of an old lady near the sea monster.

"It made me realize that different countries can have different regulations in such (emergency) occasions," he said.

Since South Korea has a similar socio-political and cultural system as Japan, Korean watchers would have less perplexity about the film, he continued.

"Godzilla Resurgence" is slated to premiere in South Korea in January 2017.