SEOUL, Oct. 9 (Yonhap) -- North Korea's state radio station on Sunday resumed the broadcast of mysterious numbers after a two-week hiatus, with the content of the transmission different from what was sent in the past.

North Korean watchers in Seoul have speculated that the broadcasts could be some kind of coded message to its agents, although it could just be a kind of deceptive strategy aimed at sparking confusion within South Korea.

An announcer at Radio Pyongyang started reading a series of messages shortly after midnight, calling out both pages and numbers.

The announcer said she is "giving review work in metal engineering to No. 21 expedition agents."

Since June 24, North Korea sent out a total of eight encrypted numbers broadcasts, with the last one broadcast on Sept. 25.

Broadcasts of mysterious numbers are a kind of book cipher that was often used by North Korea to give missions to spies operating in South Korea during the Cold War era. Spies could decode numbers to get orders by using a reference book, although many intelligence agents believe this form of sending orders to be outdated.

Pyongyang had initially suspended such broadcasts in 2000 when the two Koreas held their first historic summit.

Tensions are already running high on the divided peninsula after North Korea carried out its fifth nuclear test on Sept. 9 and warned it could launch preemptive strikes against Seoul and Washington. Seoul is on high alert for additional provocations by the North as the country gets ready to celebrate the anniversary of the founding of the ruling Workers' Party of Korea on Monday. 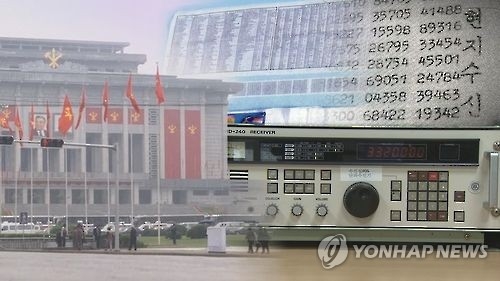