Yoo, who is on a U.S. trip to attend the conferences of the World Bank and the International Monetary Fund, held separate meetings with senior officials from Moody's, Standard and Poor's and Fitch on Saturday in Washington.

During the meetings, officials from the ratings agencies told Yoo that South Korea's policy space can cope with household debts, the aging population and geopolitical risks.

Standard & Poor's raised its credit rating of the Korean economy to "AA" from "AA-" in August. 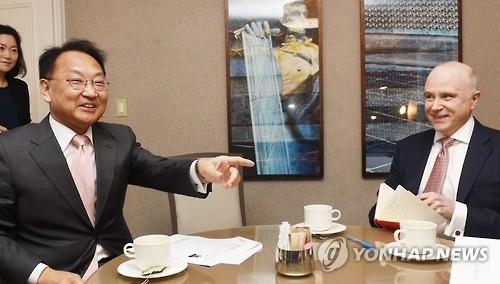