Besides going to Hanawon, Powers is set to tour the truce village of Panmunjom on the inter-Korean border, which is expected to send a strong message of Washington's resolve to the North.

She had urged North Korea to stop any further nuclear provocations, stressing that the world will "not be intimidated" by any actions taken by the Kim Jong-un regime.

"Now we are looking to see what more can be done because, of course, another test was carried out at the beginning of September," she said. "This must stop. We are not intimidated by the actions of the government of North Korea." 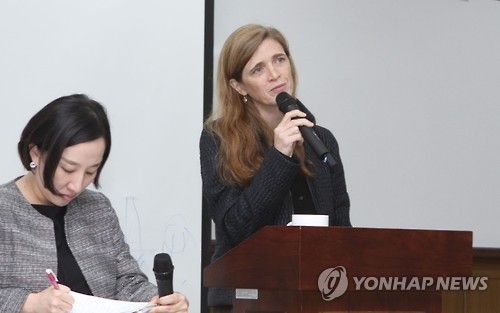