The summons came after the Coast Guard brought in the deputy Chinese consul general to express its displeasure to Chinese authorities over the incident.

Seoul's foreign ministry said that the Chinese diplomat had expressed regret over the incident and Beijing's position to further strengthen a crackdown on illegal fishing activities. The ministry urged the Chinese side to make "active efforts" to prevent recurrences.

"(The ministry) will continue diplomatic efforts to root out illegal fishing activities by Chinese fishing boats while closely watching related situations and maintaining close communication with related agencies such as the Coast Guard and the Ministry of Oceans and Fisheries," the ministry said in a statement.

The Coast Guard in Incheon, west of Seoul, said the incident took place around 3 p.m. on Friday, in waters 76 kilometers southwest of Socheong Island in Incheon. A 4.5-ton speed boat that carried several Coast Guard officers in an operation to capture fishing boats operating illegally in the area was sunk when a Chinese boat rear-ended it. 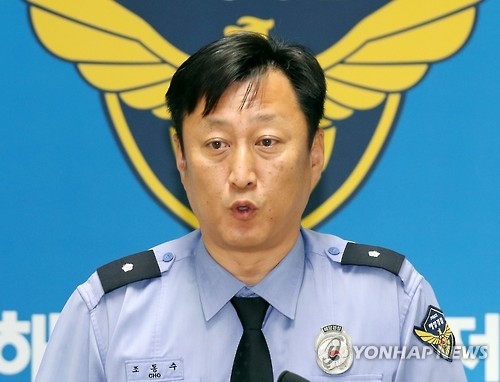 There were no injuries or casualties from the incident. An officer was on board when the ship capsized and was later rescued by another Coast Guard boat in the area.

At the time of the collision, the Coast Guard said eight of its officers were aboard the Chinese boat that it was trying to stop.

Dozens of other Chinese boats joined the fray, and the Coast Guard officers started firing their weapons in response to ward off the attack.

To ensure safety, the Coast Guard ordered its eight officers off the Chinese ship.

According to the Coast Guard, about 40 Chinese boats had been fishing illegally in South Korea's exclusive economic zone (EEZ) at the time of the incident.

During a press conference, Lee Ju-seong, a senior Coast Guard official, criticized the Chinese fishing vessel in question, stressing that the act of deliberately crashing into the Coast Guard boat is tantamount to "attempted murder."

"From now on, we will take extreme measures, including the use of arms, which we have refrained from," he added.

Coast Guard authorities also pointed out that it was the first time that a Chinese vessel has collided with a Coast Guard boat with the intent to sink it.

Some observers said that the latest incident could be attributable to a weakening of the Coast Guard forces following the abolition of the national maritime police agency in 2014.

"Chinese fishing boats have been increasingly violent and organized," Lee said. "When the incident occurred, only two of our speed boats confronted 40 Chinese boats."

Clashes between local law enforcement and Chinese fishermen have on occasion been violent and even fatal.

In October 2014, a Chinese captain was shot to death while resisting apprehension. The Coast Guard was trying to stop one boat, and then crewmembers from four other Chinese boats came on board and started throwing beer bottles at the South Korean officers.

In December 2011, Coast Guard officer Lee Cheong-ho was fatally stabbed by a Chinese crew member during a raid on a fishing vessel operating illegally in waters off Incheon. 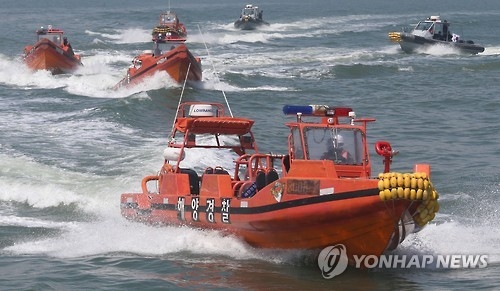