SEOUL, Oct. 9 (Yonhap) -- South Korea's military is employing all of its surveillance assets in cooperation with the United States to determine if Pyongyang is planning fresh provocations to mark a key anniversary this week, sources said Sunday.

"The allies have predicted that some sort of provocation is likely as Pyongyang celebrates the founding of its ruling Workers' Party of Korea on Monday," a defense official who declined to be identified said. He said both Seoul and Washington have beefed up monitoring efforts to detect any signs of a new nuclear test or missile launch.

The South Korean Air Force is using its RC-800 signal intelligence gathering airplane and RF-16 reconnaissance jet to pick up anything out of the ordinary, while the U.S. has increased flights of its U-2 high altitude spy plane and sent over its E-8C joint surveillance target attack radar system aircraft over the Korean Peninsula to keep close tabs on the North's activities.

The allies said that they are keenly watching the Punggye-ri nuclear test complex, the Tongchang-ri rocket launch site and around Wonsan.

The North conducted all of its five underground nuke tests at Punggye-ri, while conducting its long-range rocket launches from the Tongchang-ri or Sohae Satellite Launching Station. Wonsan is significant because many of its medium to short range ballistic missiles were fired from mobile launchers near the eastern city.

Sources said that there has been a spike in activities from all three areas recently which may be a sign the reclusive country is getting ready for fresh provocations.

"North Korean leader Kim Jong-un has already ordered full fledged development of nuclear weapons and missiles so some sort of move is likely," an independent observer said. He said that while Seoul does not rule out a sixth nuke test following the last detonation on Sept. 9, it may be more likely that Pyongyang will launch a missile since it claimed to have successfully tested an 80 ton-force rocket engine recently. If such an engine is used, it can allow the reclusive country to build an intercontinental ballistic missile that can reach the mainland United States.

On the other hand, some experts said that while a fresh provocation is likely, Pyongyang may opt to remain low key this time around.

A North Korean watcher pointed out that despite expectations that some action will be taken to mark the 70th anniversary of the North Korean ruling party's founding in 2015, nothing happened. He said that if the North again does nothing, it could make a move around the time of the U.S. presidential election next month or when the United Nations Security Council passes another resolution to penalize the country for fueling tensions.

Related to the various speculation, Seoul's military made clear that it thinks the North can carry out whatever provocation it wants with no preparation, making it imperative that South Korea and the United States remain vigilant at all times. 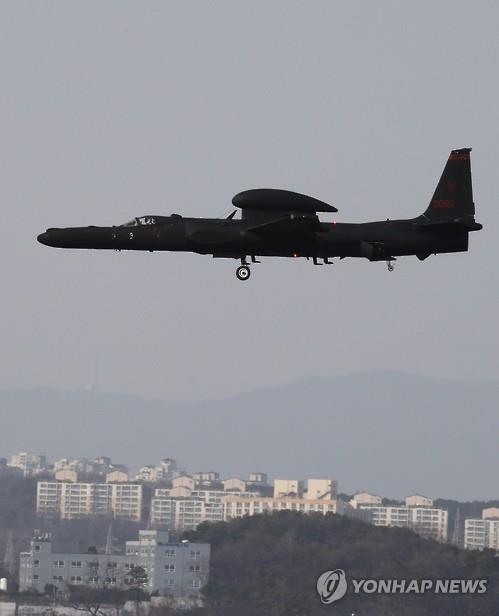 Military employing all surveillance assets ahead of key N.K. anniversary

Military employing all surveillance assets ahead of key N.K. anniversary