BUSAN, Oct. 9 (Yonhap) -- The standoff over the Busan film festival's "artistic freedom" may appear to have ended with the opening of this year's festival but what lies beneath is film groups' fiercer fight for the freedom, film critics and directors said Sunday.

The 21st edition of the festival kicked off in Busan on Thursday featuring 299 films from 69 countries around the world, a scale that is not conspicuously smaller than past events. It, however, became a lackluster festival without the presence of stellar Korean film stars and filmmakers representing the Korean film industry.

"The film festival opened eventually but is not in a normal state," director Kim Jho Gwang-soo said during a forum on the recent strife at the Busan International Film Festival. "About 80 percent of the directors and actors of films invited to the 'Korean Cinema Today-Panorama' section did show up for the festival," Kim said referring to the BIFF category for screening commercially or critically acclaimed Korean films. 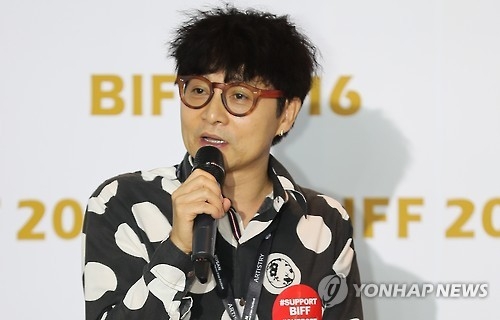 He called for local and international movie fans' continued support during the BIFF's struggle, saying that "film groups will continue to discuss the issue on a long-term basis after this year's event and engage in a new fight."

Since 2014, BIFF and the Busan metropolitan government had been locked in a conflict over what some have called "municipal interference" when then-festival executive director Lee Yong-kwan pushed for the screening of a controversial documentary in spite of opposition from Busan mayor and BIFF organizing committee chairman Suh Byung-soo. The city of Busan funds around half of the festival's annual budget.

After an intensive audit into the BIFF executive committee, the Busan city government later reported Lee and three other key festival officials to the prosecution on embezzlement charges. The dispute forced Lee to leave the position and Kang Soo-youn, an iconic actress who became the festival's co-executive director in 2015, become the sole director.

The city government later transferred the chief organizer position to the civilian sector and then Kim Dong-ho, the festival's founding director, took over.

The strife ended temporarily though in July when both sides amended the BIFF bylaws in a way to ensure the festival's independence and autonomy in choosing films to screen.

But four of the nine local film groups are currently staying out of this year's festival, allegedly being unsure regarding whether the bylaws will be adhered to as promised.

The forum at the Busan Cinema Center, the main venue of the annual festival, was also attended by Kim Sang-hwa, executive director of the Busan International Kids and Youth Film Festival and also a member of BIFF executive committee; movie director Kang Seok-pil and film critics Oh Dong-jin, Jean-Michel Frodon and Tony Rayns.

Kang, a member of the Association for Korean Independent Film and Videos, said his organization is one of the film groups that lifted the boycott despite its sensitivity to the issue of freedom of expression.

"Our decision to cancel our boycott is because BIFF is a film festival that has an important role in Korea. We judged that we have to support the festival despite some unsatisfactory sides."

Frodon agreed that he believes as a foreigner that "it was the right decision" to not skip this year's festival despite all the complications.

"I think it would have been a bigger catastrophe if the film festival were called off," the French critic said. "The world is expressing concerns about the recent incident. We see this is not the only problem of the BIFF but that of the world film scene because the freedom of expression must be ensured." 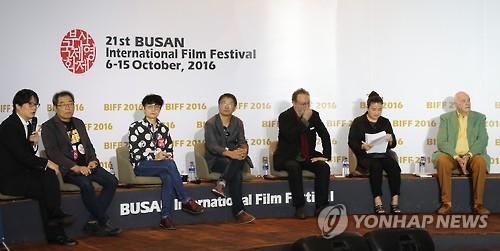