BUSAN, Oct. 9 (Yonhap) -- In his latest work "Your Name," Japanese animation director Makoto Shinkai tried to motivate his fellow countrymen to cherish the precious lessons of the past, whether it be a warning against natural disasters from a millennium ago or a failed love from one's youth.

The 43-year-old animation guru's mega-hit animation film was mostly inspired by a powerful earthquake and tsunami that devastated northeastern Japan in March 2011.

"Many people who watched 'Your Name' talk about the link between the meteor strike in the film and the Tohoku earthquake -- That's something that I intended while making the film," said Shinkai as he attended a press conference for the 106-minute film in Busan. The media event was arranged on the sidelines of the 21st Busan International Festival (BIFF).

Since his debut in 2002 with the award-winning short film "Voices of a Distant Star," Shinkai has become one of the most applauded animated film directors, hailed as the leading "post-Hayao Miyazaki" and "post-Mamoru Honda" artist. Some of his previous hit works include "5 Centimeters Per Second" (2007) and "Garden of Words" (2013) that swept globally recognized film awards. 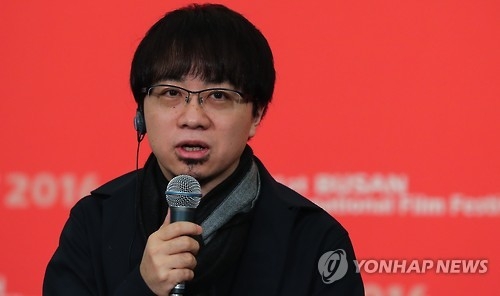 A millennium ago, our ancestors went through a similar catastrophe of quake and tsunami in that region, and erected a stone monument to warn their descendants to live away from that coastal boundary. But the lesson disappeared into oblivion, according to the Japanese director.

"After the disaster, many people made futile wishes to reverse time and rescue the lives of their beloved family and friends who were victimized by the natural catastrophe," he continued.

Embracing the heart-breaking lesson, Shinkai created young and courageous characters who defy the human instinct of oblivion and resistance against changeable faith.

"Your Name," having been on Japanese local cinemas since August, portrays a youthful love that transcends time and faith. Taki, an ordinary Tokyo boy who loves drawing and hanging out with his classmates, wakes up to find his soul in the body of Mitsuha, a girl who lives in a tiny mountainous village called Itomori. Meanwhile, Mitsuha, too, panics as she finds herself transplanted into Taki's body. As time goes by and the two adapt themselves to this dream-like experience that randomly occurs two to three days a week. These unusual yet happy days are disrupted when a comet falls on Itomori and completely reverses time and space.

Unrealistic elements, such as fantastical and sci-fi factors, are common in Shinkai's creations.

"I not only have a penchant for transcendent factors but also believe that every tiny incident and minor moments of daily lives fit into the greater cosmic order," he said.

For such reason, he said there are reasons behind every creature's existence and emotions for other beings.

"Sci-fi and fantastical settings are effective tools to express such an idea," he added. 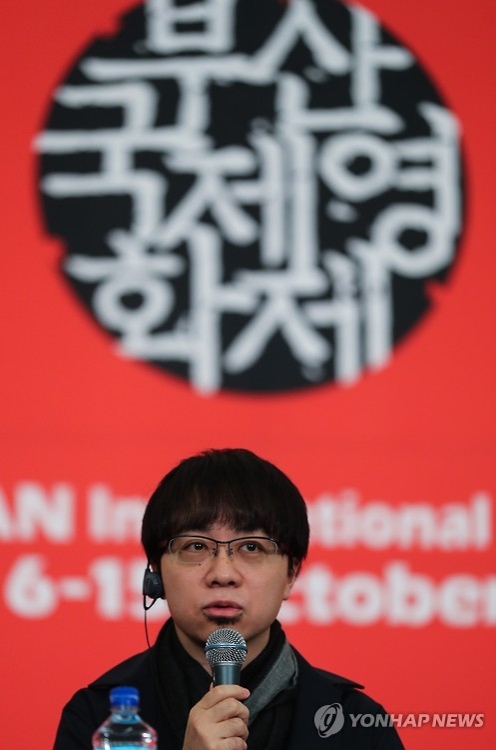 Shinkai supposed that his next work, although he does not yet have any specific plans, will also be a story about a boy and a girl.

"I make stories about young people in their teens and twenties because I still have unresolved questions about that time, even now that I'm in my 40s. Why did my feelings go unreached, I still wonder."

As he was questioned about his main characters being too "pure and moral," he planned to keep on creating warm-hearted leads in his next work.

"It's not that I believe that all people are good by nature," he said. "But I understand that, to a certain point, animation films are considered a genre for the young audience, and therefore, require what are necessary for the teens' growth."

Shinkai admitted that many people stop watching animation films after they become adults, making animation films a finite entertainment of one's youth, yet at the same time, hoped to hold back from putting vicious characters in his works at the moment.

"I guess I can try to bring in villains when I feel the need in the future." 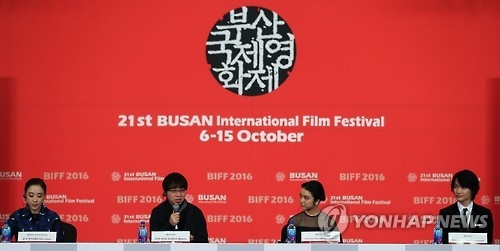 Excited to see his work launch in South Korean cinemas next year, Shinkai crossed his fingers that the film will take off in Korea as it has in his mother country.

When he was writing the scenario of "Your Name," he happened to watch South Korean film "Beauty Inside" that debuted in Japan at the time. The Korean hit film is a love story about a man whose appearance changes every time he wakes up.

"They both have a similar motif of body-change and love. Therefore, I believe the Korean audience will easily sympathize with the themes in 'Your Name.'"

"Your Name" is to premiere in South Korean theaters in January 2017.

Japanese animator opens up about 'Your Name' in Busan

Japanese animator opens up about 'Your Name' in Busan