The Keidanren delegation, led by its Chairman Sadayuki Sakakibara, is in Seoul to attend a meeting with their South Korean counterparts.

"President Park plans to call for bolstering economic cooperation between the enterprises of the two countries," Jung told reporters.

Park, in addition, plans to call on the two countries' business circles to cooperate on expanding people-to-people exchanges, fostering new industries and tackling a set of issues such as the low birthrate, the fast-graying population and disaster responses.

In December 2014, the chief executive held talks with some members of the Japanese business group to discuss ways to bolster two-way trade and mutual investment.

Founded in 1946, Keidanren is one of Japan's top three economic organizations. As of March 31, it consisted of 1,336 Japanese firms, 156 industrial associations and 32 regional economic groups. 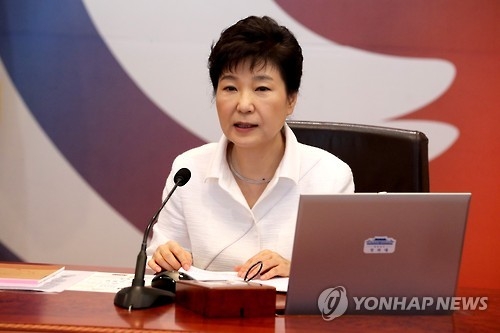