The agreement came as the Federation of Korean Industries (FKI), South Korea's biggest lobby group, and its Japanese counterpart, the Japanese Business Federation, held a regular meeting earlier in the day to discuss a variety of issues, including bilateral cooperation. 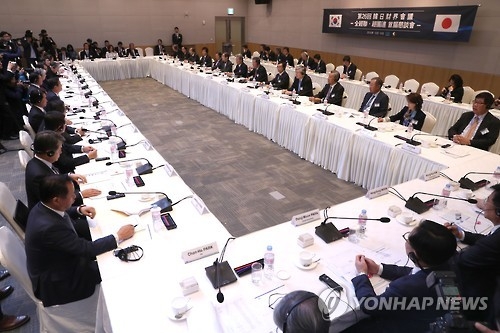 The Japanese Business Federation sent a business delegation, including its chairman Sadayuki Sakakibara, to the gathering here.