"It is disappointing to see a potential presidential candidate hold such a weak awareness of security," Rep. Chung Jin-suk, the floor leader of Saenuri, said.

On Sunday, Moon said South Korea should make diplomatic efforts to seek solutions to North Korea's provocations, adding that steps to deploy the Terminal High Altitude Area Defense (THAAD) system in the country must be temporarily suspended. Despite giving up his seat in parliament, Moon is a leading contender in the opposition bloc for the 2017 presidential race, and he has consistently maintained the stance of avoiding unnecessary confrontations with North Korea and South Korea's other neighbors such as China and Russia on the THAAD issue.

Seoul and Washington earlier agreed to station a THAAD battery in a golf course in the southern county of Seongju, about 290 kilometers southeast of Seoul.

Chung said Moon's remark was also inappropriate considering North Korea celebrates the founding anniversary of its ruling Workers' Party on Monday, with the international community having watchful eyes on another potential provocation.

"If we suspend the process to deploy the THAAD, the Kim Jong-un regime will likely be very happy about it," Chung said. "Even if we are to hold talks with North Korea, it will only be taking place on the firm base of the Seoul-Washington alliance." 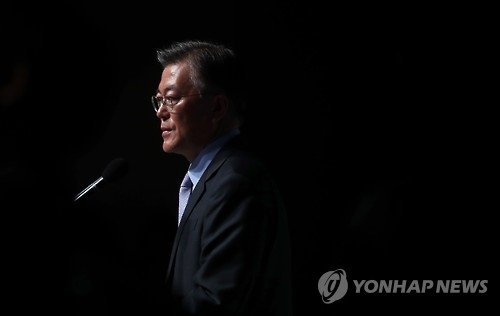