The broadcast station made the announcement late Sunday at an awards ceremony marking the anniversary. In the category for best variety show, the award went to "Three Meals a Day: Fishing Village."

Set in 1988 Seoul, "Reply 1988" was widely popular as its mix of humor, family values and period props struck a chord with young and old viewers alike. It aired from November 2015 to January 2016.

"Three Meals a Day: Fishing Village" featured celebrities making meals with whatever ingredients they could find on the southwestern island of Heuksan, South Jeolla Province. Season 2 aired from October to December last year. Season 3 is scheduled to premiere on Friday.

In the category for best performance in a variety show, actor Lee Seo-jin won the award for his appearances in the original version of "Three Meals a Day" and "Grandpas over Flowers."

The award for best performance in a drama went to Cho Jin-woong of the crime series "Signal."

Kim Hye-soo, who played the female protagonist in the same series, won the best actress award, while Lee Sung-min of the popular 2014 series "Misaeng" won the award for best actor. 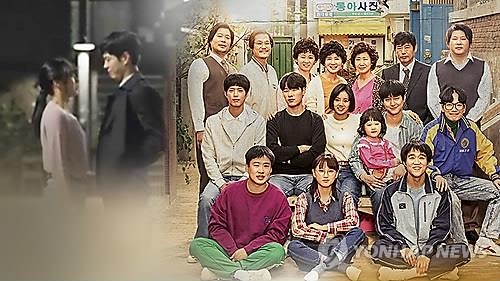