SEOUL, Oct. 10 (Yonhap) -- The global virtual reality (VR) market will reach US$11.2 billion in 2020, data showed Monday, as South Korea aims to become a global powerhouse in the sector.

The global market for VR headsets will reach $7.9 billion, with that for VR entertainment to hit $3.3 billion in 2020, according to the data compiled by industry tracker IHS.

"While the VR headset-installed base will escalate significantly to $81 million by 2020, we predict that expensive, higher-end headsets will dominate the content market," the IHS said.

The IHS said the global market for VR headsets will be $1.6 billion in 2016, bolstered heavily by the launch of high-end headsets from major players such as Oculus, HTC and Sony Corp.

Meanwhile, the market value for VR entertainment is forecast to hit $310 million in 2016 and grow to $3.3 billion in 2020, as high-end headsets gain more traction, the IHS said. 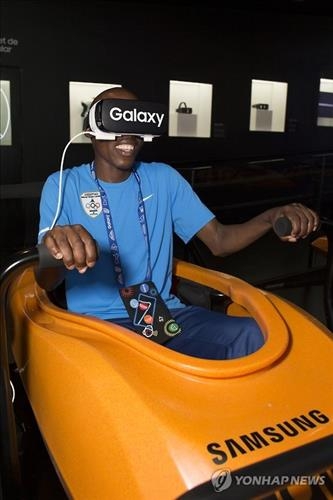 Earlier, the South Korean government announced that it will push to nurture VR and eight other key IT fields as new growth engines.

In the VR sector, the Ministry of Science, ICT and Future Planning said it plans to narrow the technology gap with market leader the United States by 2020.

The ministry said it will spend a total of 400 billion won ($360 million) in the industry by 2020, as the government needs to unify R&D efforts by various firms and government institutions.

The industry tracker further forecast VR devices by South Korean tech giant Samsung Electronics Co. to have the largest installed base out of all the major branded headsets in 2016 by selling 5.4 million units.

Samsung launched the Gear VR in 2014 in cooperation with the Oculus VR, which connects to high-end Samsung smartphones.

The Gear VR ranked second among VR products sold in the U.S. market, while more than 1 million units were sold in Japan.

However, the IHS forecast that the launch of Google's Daydream View, the new smartphone VR headset, will slowly disrupt Samsung's dominant market position in the smartphone VR market.

IHS forecasts that the Daydream View will become the most popular headset for VR by 2019 as Google will overtake Samsung's Gear VR due to broad industry support.

IHS said Sony's PlayStation VR will outsell the Oculus Rift and HTC Vive combined in 2016, but will also be supply-constrained, as the company plays it safe on stock inventory. 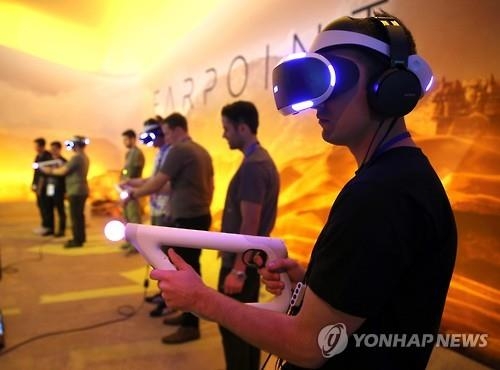