In some domestic charts, the featured tracks in the album dominated the top ten slots, overtaking other hit artists such as the iconic 90's boy band Sechs Kies and the Bolppalgan Puberty group, who have been on the list for some time.

The seven-member act has also been riding a huge wave of popularity overseas.

This mega-hit album came two years after the launch of its first LP, "Dark & Wild," released in 2014.

The boys, who used to feature powerful performances singing about their youth, softened up in their latest album, showing off their manly side by depicting young men in emotional conflicts facing temptation. 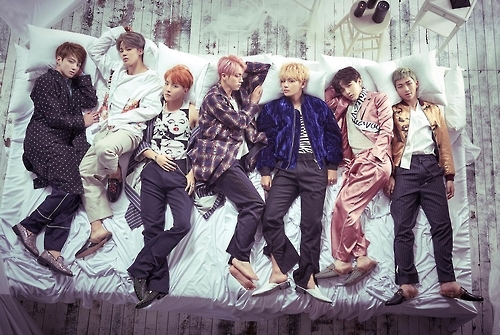