The Financial Services Commission (FSC) and the Financial Supervisory Service (FSS) announced a set of new guidelines related to debt collection practices to take effect at the end of this month.

It will affect 459 private lenders nationwide registered with the FSC.

The number accounts for only 8.1 percent of 8,752 lenders in operation across the nation, but they have extended combined outstanding debts of 13.7 trillion won (US$12.3 billion), 88.5 percent of the total, according to the commission.

There have been constant reports of blackmail and other illicit debt collection practices in South Korea.

Under the new rules, lenders and debt collecting agencies will be banned from contacting debtors more than two times a day regardless of the method.

Currently they are allowed to use their own discretion on the number of times per day they contact a debtor, leaving them exposed to virtually an unlimited number of phone calls, emails, text messages or visits by collectors. 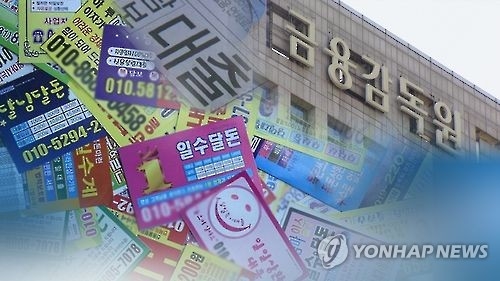 Debt collection activities to be restricted under new rules

Debt collection activities to be restricted under new rules