According to KOTRA's survey on overseas buyers in 55 nations, cosmetics were the most popular item among South Korea's top 100 export list, taking the spot for the second consecutive year.

The Korean beauty industry has fast grown over the past few years on the back of the popularity of Korean dramas, entertainment shows and innovative products by leading players including AmorePacific Co. and LG Household & Healthcare Ltd. 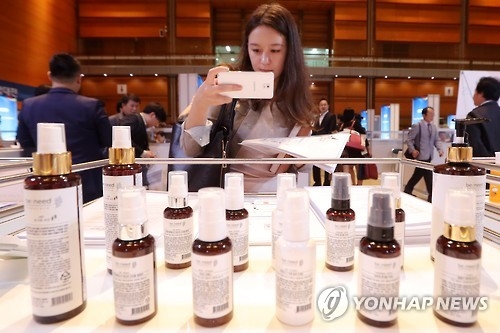 Fruit beverages were favored in Latin American nations such as Guatemala, Mexico, Colombia and Paraguay.

Auto batteries had strong demand in Germany and China after their governments expanded subsidies for eco-friendly vehicles, the trade promotion agency said.