During the 30-minute talks held at the Ministry of Foreign affairs in Seoul earlier in the day, the officials reportedly discussed possibilities of North Korea's further provocations as well as how to rein in the regime's nuclear weapons program.

Having served at the lead negotiator for the U.S.' deal to freeze Iran's nuclear program, Sherman is widely expected to take a key post if Clinton wins the presidential election.

Sherman is visiting Seoul to attend the annual World Knowledge Forum which kicks off on Tuesday for a three-day run in Seoul. 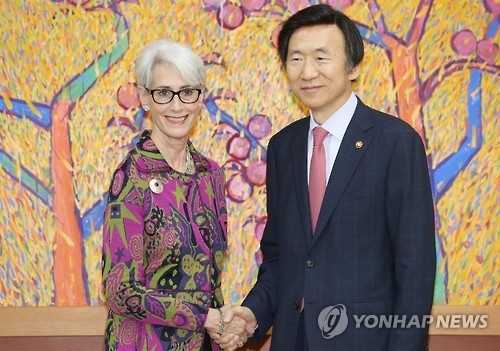