Big Hit Entertainment said the title track "Blood, Sweat & Tears" and other featured tracks on the album swept some domestic charts by dominating the top ten slots, overtaking other hit artists such as the iconic 90's boy band Sechs Kies and the Bolbbalgan4 duo, who have been on the list for some time.

The seven-member act has also been riding a huge wave of popularity overseas.

"Wings" also generated an explosive response in other countries including the United States, topping the iTunes album charts in 23 countries.

This mega-hit album came two years after the launch of its first LP, "Dark & Wild," released in 2014.

The boys, who used to feature high-energy performances, softened up in their latest album by revealing a sexier side. 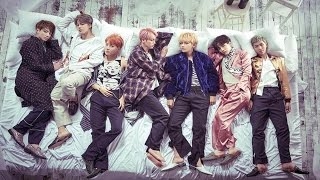