Upon its release, the song snagged No. 1 slots in various domestic music charts here.

Apink, returning after a 14-month hiatus, hoped to show ample change and growth with its latest album, calling musical maturity its top priority.

The members claimed that "Pink Revolution" was dearer to them than their earlier works, since they had a stronger say in the new album's concept, costumes and music video.

Currently, the members are actively engaged in promotional activities. 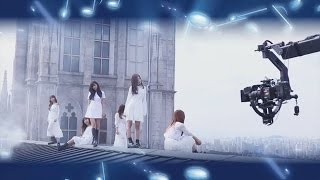 The Making of "Only One" music video by Apink

The Making of "Only One" music video by Apink