According to the data compiled by Rep. Yoo Ui-dong of the Saenuri Party, 5,508 convenience stores were newly established in 2015 alone, casting concerns over a potential oversupply of such shops in the domestic market.

Yoo said while the numbers may seem to reflect the boom in the industry, such a sharp gain may have an adverse impact on the livelihoods of the shop owners.

"Currently, we do not have a law that can regulate the opening of a new convenience store right next to another," Yoo said. "The Fair Trade Commission needs to come up with measures to limit the number of new shops." 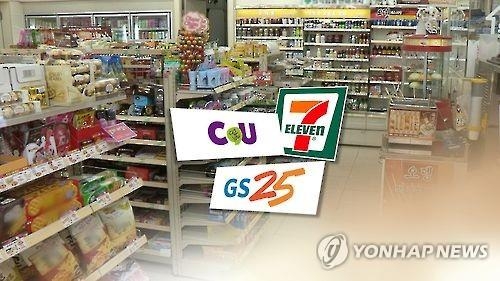