SEOUL, Oct. 11 (Yonhap) -- "Technology financing" is spreading rapidly among South Korea's small and medium-sized companies, but a related system still leaves something to be desired, a survey showed Tuesday.

It offers them with chances to get loans based on an evaluation of their technology rather than focusing on their collateral or balance sheets.

"In terms of the capital acquisition of small and medium-sized enterprises (SMEs), technology financing is fast taking root and gradually entering a stabilization phase," the Financial Services Commission (FSC) said.

It's tasked with spearheading the Park Geun-hye administration's campaign to reform the country's financial sector. The Park government has also pushed for a "creative economy" drive intended to foster tech startups.

Technology financing loans extended after July 2014 totaled around 50.2 trillion won (US$44.7 billion), according to the FSC.

It stressed that businesses here are largely satisfied with technology financing.

The commission cited the results of a poll conducted from Aug. 8-12 this year on 400 CEOs of SMEs using technology financing.

They gave an average score of 3.9 out of 5, higher than the 3.64 for ordinary loans, said the FSC, which conducted the survey together with the Korea Credit Information Services that operates the Tech Data Base (TDB) unit. 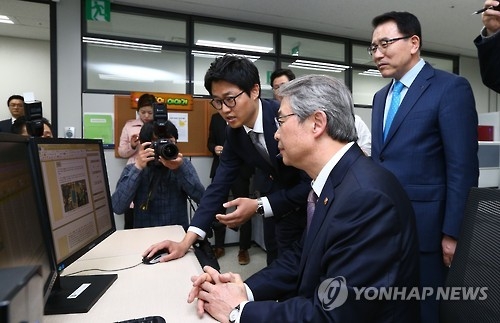 But the score marks a 0.02 point drop from 3.92 recorded in the previous survey last year.

The number of respondents willing to use technology financing again or recommend it also decreased.

Many of them described excessive paperwork as especially burdensome and time-consuming.

In fact, it's not an easy task to accurately evaluate the technology of a company seeking loans. South Korean banks and other lenders are apparently short of specialists in the field.