Around 2 p.m., he started five weeks of basic training at a base in Jeungpyeong County, North Chungcheong Province. All able-bodied South Korean men are required to complete about two years of military service.

Shortly before entering the boot camp, he talked with some 200 fans for around 20 minutes.

With closely cropped hair, the singer, in a black jacket and jeans, greeted and thanked his fans who came from as far as China and Japan.

"Thank you for coming all the way here. ... I will fulfill my duty and return," he said. 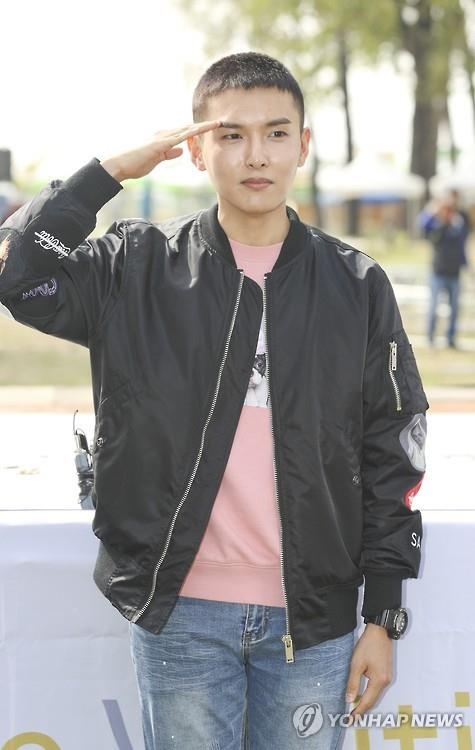 Fans replied, "We will wait for you" and "Please stay safe." Some shed tears.

Lee Teuk, Super Junior's leader, kept him company. Among the 11 members, four have already finished their duty, while five are in the middle of the military service.

Aside from the group activities, Ryeowook released a solo album in January and has been actively promoting it. He's also worked as a radio DJ.

Prior to his enlistment, he released "Cosmic," a new song in collaboration with Bada, on the digital music channel "Station" on Sept. 21. 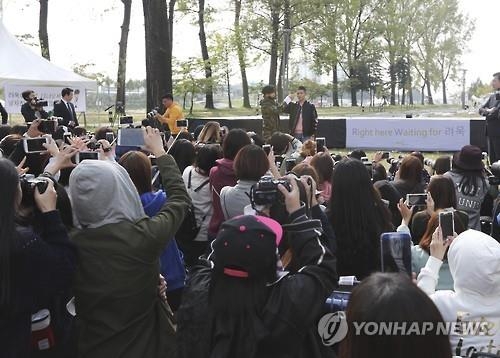