This album will be unveiled in South Korea and the United States simultaneously the middle of this month, hinting at Far East Movement's debut in the Korean music industry.

Among the 11 tracks, "Freal Luv" will be made public before the others on Friday. The song is a joint project with Chanyeol, the main rapper of the boy band, rising American R&B singer-songwriter Tinashe and world renowned DJ Marshmello.

Far East Entertainment is an Asian-American group formed in 2003 with members of different Asian ancestries -- Korean, Japanese, Chinese and Filipino. With the recent departure of J-Splif, the band is continuing its activities as a trio, comprised of Kev Nish, Prohgress and DJ Virman.

The group's first claim to fame was with the explosive response of its single "Like a G6" released in 2010 which snagged the top spot on Billboard Top 100 -- the standard record chart for singles in the United States, that ranks tracks based on radio play, online streaming and sales. Ever since then they have been renowned as the first Asian-American act to top the charts. 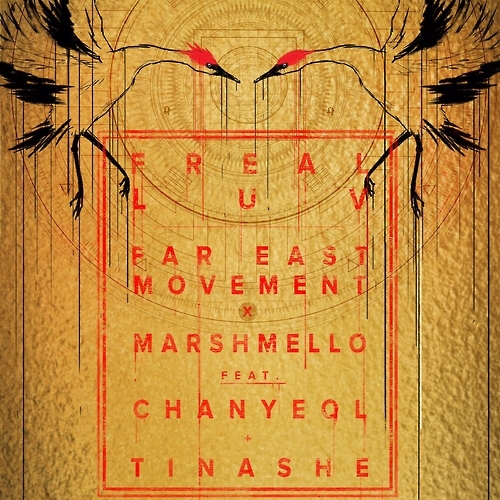