"The world economy is experiencing economic nationalism, stemming from Brexit, or the British exit from the European Union, and the rise of protectionism," Finance Minister Yoo Il-ho said in a ministerial-level meeting on overseas economic policies in Seoul. "At the same time, there are more chances to draw up new global trade norms in international talks."

South Korea, which depends highly on exports and global trade, has to be well-prepared for those changes in the world economic structure and condition, he said.

The International Monetary Fund cut the 2016 forecast of global trade growth to 1.7 percent from 2.8 percent and slashed its outlook for next year to 3.1 percent from 3.6 percent, citing a protracted economic slowdown and expanding protectionism.

South Korea's trade volume totaled US$964 billion in 2015, ranking sixth in the world, with exports taking up $527.2 billion. 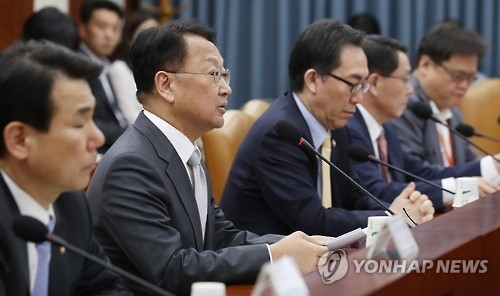