SEOUL, Oct. 11 (Yonhap) -- South Korea will station Marine Corps troops to the eastern island of Ulleungdo, starting in 2018, as part of its effort to beef up defense near an inter-Korean sea border, military officials said Tuesday.

In a parliamentary briefing, the Marine Corps said the unit will be company or battalion size, and that it will begin constructing training facilities and barracks next year. The troops will be stationed on a rotational basis from the mainland, with no unit being specifically created for the island.

The rotational deployment scheme is part of the "strategic island defense command," concept, a Marine Corps official said, expressing hopes that the envisioned unit will pave the way for a more "aggressive" operations of their frontline units amid growing North Korean threats. The unit will have Korean amphibious assault vehicles, as well as other necessary equipment.

If any provocations against Dokdo are detected, the troops from Ulleungdo will be sent to South Korea's easternmost territory and defend it against such incursions, the official said. 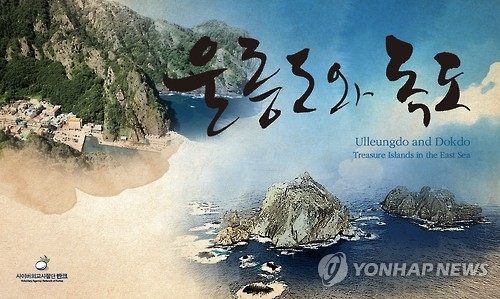 The Marine Corps also plans to install the Korean Assault Amphibious Vehicle (KAAV) on Ulleungdo and other basic combat equipment to counter any possible attack by the North in the East Sea, he said.

Ulleungdo is located some 120 kilometers east of the Korean Peninsula, and it is the country's eighth-largest island with a population exceeding 10,000.

S. Korea to start stationing Marines at Ulleungdo from 2018

S. Korea to start stationing Marines at Ulleungdo from 2018