SEOUL/WASHINGTON, Oct. 11 (Yonhap) -- South Korea and the United States will hold high-level security talks next week that will bring together their top diplomats and defense chiefs in an effort to reaffirm their alliance and discuss strategies to deal with growing threats from North Korea.

The "two plus two" talks, set for Oct. 19 in Washington, will take place amid heightened tensions on the Korean Peninsula in the wake of the North's fifth nuclear test as well as fears that the communist regime could undertake yet additional provocations.

"The ministers will ensure the two countries' ironclad alliance against provocations by the North and come up with a Joint Statement after the group meetings," Seoul's foreign and defense ministry said in a joint statement. The two sides are also expected to talk about stronger sanctions on Pyongyang and an extended deterrence, it said.

In Washington, the State Department said that the ministers will "explore opportunities to further coordinate our response to the growing threat posed by the Democratic People’s Republic of Korea in the wake of its Sept. 9 nuclear test and discuss ways to strengthen the U.S.-ROK Alliance, including through extended deterrence."

They will also discuss a range of other pressing regional and global priorities, it said.

Washington's extended deterrence refers to the stated U.S. commitment to mobilize all military assets, both nuclear and conventional, to defend its allies in a crisis. At stake is how to flesh it out to make sure that it actually works in contingencies, security experts said. 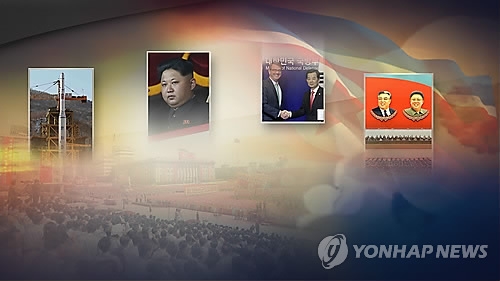 The two-plus-two meeting has been held biennially since its first gathering took place in July 2010. It has served as an important consultative channel between the allies to discuss diplomatic and security issues.