SEOUL, Oct. 11 (Yonhap) -- Samsung Electronics Co. is permanently halting production of its Galaxy Note 7 smartphone after continued concerns about battery problems in what appears to be a desperate move to protect its reputation for quality from being tarnished by problems with some devices catching fire.

Despite the drastic measure, which came about 70 days after launching the Note 7 with a hefty marketing blitz, analysts said Samsung's global brand image might have suffered irreparable damage.

Analysts also viewed Samsung's decision as a strategy to minimize the impact on its next smartphone models, such as the Galaxy S8.

The early production halt of the Galaxy Note 7 may cost Samsung several trillions of won, but the company appears determined to take the retreat as an opportunity for a fresh leap forward, they said.

It seems that Samsung's top executives didn't want the battery issue to drag on until early next year, when the Galaxy S8 is scheduled to debut, they noted.

Samsung announced a global recall of the 2.5 million Note 7s in early September due to reports of some handsets catching fire while being charged.

The crisis surrounding the Note 7 appeared to be under control as Samsung began supplying new Note 7s, which were believed to be safe at that time, to the U.S. on Sept. 21. The new Note 7s became available in South Korea on Oct. 1. 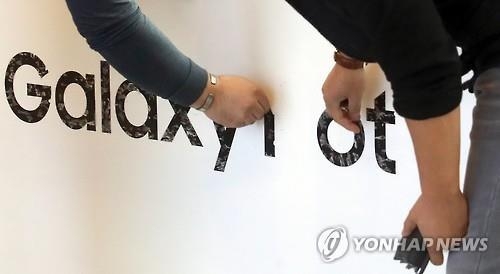 But Note 7 problems have spiraled out of control in recent days after media reports that some of the new Note 7s also caught fire, prompting Samsung to halt global sales of the Note 7 again on Monday.

In a regulatory filing on Tuesday, Samsung said it has decided to stop manufacturing the Note 7, considering consumers' safety its top priority.

Shares of Samsung Electronics plunged 8.04 percent on Tuesday, wiping out about US$19 billion of the company's market value.

"Given that smartphones are consumer goods, the bigger problem facing Samsung Electronics is its tarnished brand image, rather than an impact on its earnings," said Roh Geun-chang, an analyst at HMC Investment & Securities. 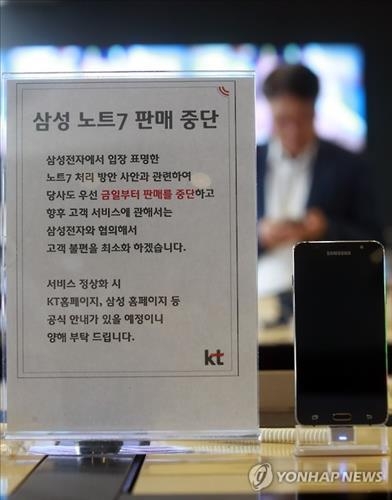 "When Samsung introduces its next smartphone, the company must focus on enhanced quality testing," Lee said.

Still, the exact cause of the reported fires involving the Note 7s is unknown.

But many analysts agree that Samsung apparently rushed to launch the device to beat Apple's new iPhone, suggesting that quality tests on the Note 7 might have been insufficient.

"Samsung Electronics launched the Galaxy Note 7 after skipping over using the name Galaxy Note 6. That was meant to signal an improvement of the device's capabilities, but it looked somewhat hasty," the IBK analyst said. 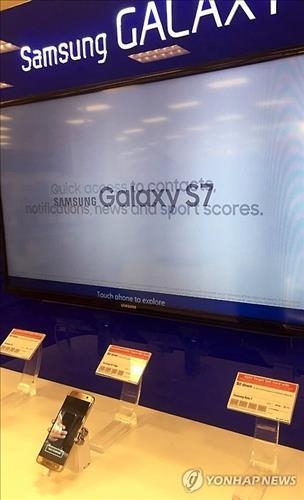