In an analysis of data from the National Tax Service, Rep. Park Kwang-on of the main opposition Minjoo Party of Korea said 166,838 people filed their capital gains tax return between 2011 and 2015, with their proceeds from stock sales reaching a combined 48.2 trillion won (US$42.8 billion).

A total of 28 shareholders reported capital gains exceeding the 100 billion-won mark, according to the data.

According to market watchers, retail investors posted an average investment return of minus 11.32 percent for their top 20 net-buy issues traded on the main stock market between June 27 and Sept. 9 this year.

"The concentration of capital gains in large shareholders gives a snapshot of how the country's polarization is deepening," the lawmaker said. "There is a need to ensure fair taxation on people's incomes other than earned income." 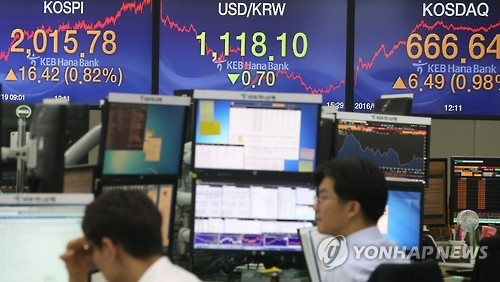