SEOUL, Oct. 12 (Yonhap) -- North Korea will provide lavish support to foreign athletes and officials taking part in an international figure skating competition that it will host as part of events in February next year to celebrate the anniversary of its late leader Kim Jong-il, a North Korean official sports website said Wednesday.

According to the Sports Chosun, the North's Skating Association will hold the 25th Paektusan Prize International Figure-skating Festival from Feb. 15-17 in Pyongyang.

The sports festival is one of the festivities the North holds to celebrate the birthday of Kim Jong-il, father of current leader Kim Jong-un, which falls on Feb. 16, a national holiday. Athletes from pro-North Korean countries are usually invited to the festival.

The skating association said the organizing committee for the event will bear all the costs of athletes and officials coming to the North for the event that include economy-class roundtrip airfare, domestic travel expenses, accommodation, food, medical treatment and visa costs.

All athletes and officials will stay at the Sosan Hotel, which is a 15-minute bus ride from the Pyongyang Ice Rink.

In addition, the organizing committee will provide free tours of other commemorative events for Kim's birthday to the athletes and officials. 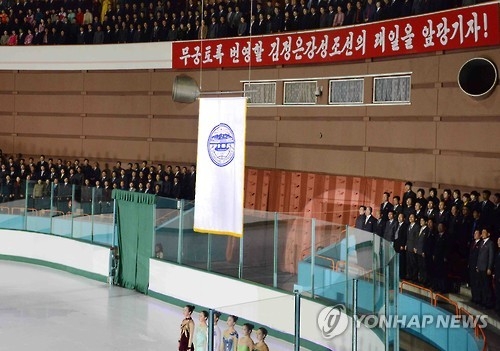 The North's generous support to foreign sports delegations is seen as a rare case given its dilapidated economy.

Kim Yong-hyun, a professor of North Korean studies at Dongguk University, said, "By successfully hosting the competition, which is held as an event for Kim Jong-il's birthday, North Korea appears to be showing to the international community that the economic sanctions imposed on the North for its nuclear and missile tests have little effect on it."