SEOUL, Oct. 12 (Yonhap) -- The mobile division chief of Samsung Electronics Co. has vowed to thoroughly investigate the cause of the problems involving its Galaxy Note 7 and restore confidence and trust in the quality of its products, industry sources said Wednesday.

Koh Dong-jin sent an email to its employees on Tuesday under the title of "a letter to our executives and staff members," saying that the company will carry out an in-depth investigation into its devices and take the best course of action for its customers. On the same day, Samsung announced that it scrapped the flagship Note 7 smartphone after some replacement devices were reported to have caught fire.

"Leaving the considerable amount of financial losses aside, I am well aware of the scars the situation that unfolded over the past few weeks and today's decision will have on our executives and employees," he said in the letter. "As the chief of the division, I myself can't help feeling frustrated."

It was the first time for the executive responsible for the Note 7 to comment publicly regarding the issue since the company first announced an unprecedented global recall of its Note 7 on Oct. 2.

"I promise to identify the fundamental cause at any cost so that all of our customers can restore trust in Samsung's products and use them pleasantly," he added. 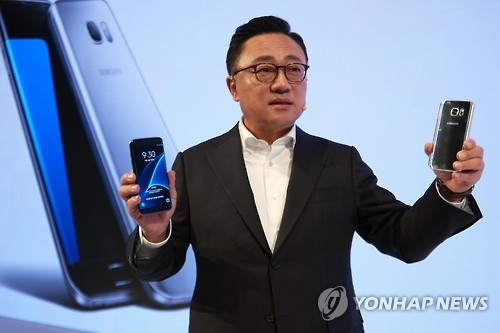 On Wednesday, CEO-level executives of Samsung Group companies, including Samsung Electronics, held their weekly meeting in Seoul, but they refused to comment on the permanent halt of production of the Galaxy Note 7.

Top Samsung executives who are responsible for the Note 7, including Shin Jong-kyun and Koh, appeared to be absent from the meeting.

Chang Choong-ki, head of the Samsung Group's Future Strategy Office, the group's de facto control tower, declined to comment when asked whether the group would conduct its management reshuffle ahead of schedule due to the Note 7 crisis.

Chung Yoo-sung, president of Samsung SDS Co., the group's technology services unit, told reporters that there was no mention of the Note 7 during the meeting. 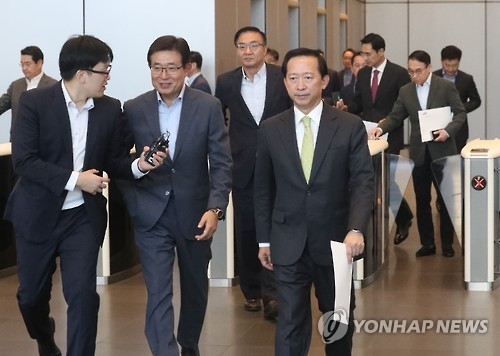