(Editor's note: The Yonhap story with the slug "(LEAD) PM-Thailand meeting" on Oct. 11 is recast to replace wrong photo)

During his meeting with Thai Prime Minister Prayut Chan-o-cha, Hwang discussed expanding economic exchanges, especially in the infrastructure and defense industries, to bolster ties between Seoul and Bangkok.

In response, the Thai PM said he will do his best to meet the demands of the South Korean companies and solve such problems.

The two also talked about North Korea-related issues amid the rising tensions on the Korean Peninsula following the latest provocations by Pyongyang.

Seoul and Bangkok also clinched memorandums of understanding on cooperating on education and railroad development.

The meeting came on the sidelines of Hwang's participation in the Asia Cooperation Dialogue (ACD). The prime minister is set to arrive in Seoul on Wednesday. 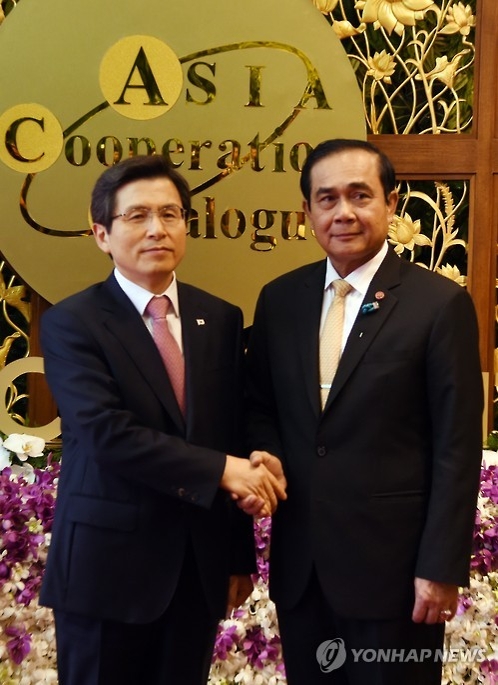