JEJU ISLAND, South Korea, Oct. 12 (Yonhap) -- A 50-year-old Chinese man was indicted Wednesday on charges of stabbing a South Korean woman to death who was praying at a Catholic church on the country's resort island of Jeju last month, prosecutors said.

The Jeju District Prosecutors' Office said Chen Guorui is accused of attacking the 61-year-old woman, identified only by her surname Kim, on Sept. 17 when she was praying inside the church alone. The victim was rushed to a nearby hospital, but was pronounced dead a day after the incident took place.

The defendant was nabbed some 40 kilometers away from the scene a few hours after he allegedly committed the crime.

During the police interrogation, Chen said he committed the crime because Kim reminded him of his former wives who ran away after having extramarital affairs.

But during the prosecution's questioning, he changed his statements and said he killed the victim to be jailed abroad and not go back to China.

Prosecutors said they have requested their Chinese counterparts to provide personal information on the defendant, including his family relations, to clarify the motive for the crime, but have not received any feedback.

Chen entered the country as a tourist under the visa-free program less than a week before he committed the crime and was scheduled to leave a few days later.

The case has sparked a public outcry along with a series of other crimes committed by Chinese tourists on the island, leading to growing calls for toughened border controls. 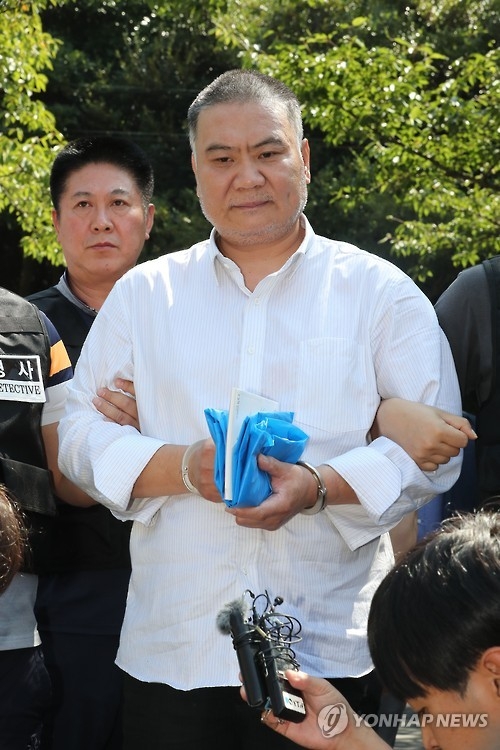