SEOUL, Oct. 12 (Yonhap) -- The landmark anti-graft law is drawing mixed reactions two weeks after its effectuation, with some hoping for a more transparent, fairer society and others disgruntled over its negative impact on their businesses and social activities.

Supporters of the Improper Solicitation and Graft Act argue that the country must go through "growing pains" stemming from the new law, so as to eradicate deep-seated irregularities weaved into its social and political fabric, and help it join the ranks of advanced nations.

Opponents, however, complain that the fine line between corruption and good-hearted exchanges of gifts -- or acts of hospitality -- is bringing about confusion and uneasiness, and has sent their businesses into a hopeless tailspin. 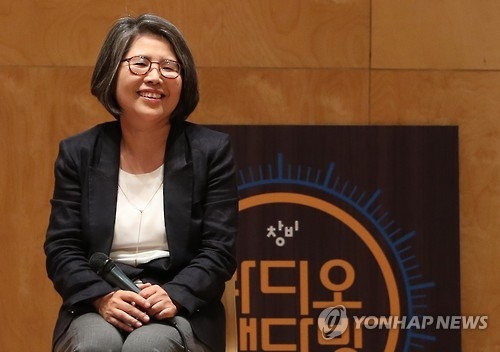 Those who violate the law will face a maximum sentence of three years in jail and a fine of up to 30 million won.

Among those who are benefiting from the new law are some public servants who have been under constant stress due to persistent calls from citizens or close acquaintances to do them favors. In particular, labor ministry officials in charge of labor inspection are now taking advantage of the law to reject such calls "with due respect."

"Now, I say to them that I can't help them with their demands due to the law," a ministry official told Yonhap News Agency, declining to be identified. "They then wince back and get out without hesitation."

But, many civil servants still complain about difficulty making lunch or dinner plans as they fear they could inadvertently violate the law, lose their jobs or even go to jail.

They also point out that the law is meddling in areas that should be regulated by each person's moral standards and that it could dent a long-standing culture that features exchanges of gifts and meals as an expression of gratitude and affection toward one another.

"Regardless of the price tags, we feel uncomfortable about having lunch or dinner with those from outside (the government), at least for the time being," a senior government official said on condition of anonymity.

Another official expressed dismay at the fact that many of his colleagues have grown reluctant to treat one another even to a cheap cup of coffee due to the anti-solicitation rules.

Lawmakers have also been taking extra caution not to become the "first case" to flout the law.

On Monday, Rep. Lee Jung-hyun, the leader of the ruling Saenuri Party, returned three packages of chocolate, valued at 12,000 won apiece, to the Advanced Institutes of Convergence Technology in Suwon, south of Seoul. The institution gave them to him as a souvenir during his visit to the institution the previous day.

Though the price of the souvenir does not exceed the legal cap, Lee thought he could violate the law as the institution called for budgetary support during his meeting with the institution chief. The law bans any exchange of gifts among those with work-related ties.

Those hardest-hit by the new law include high-end restaurants, golf courses, entertainment businesses, flower shops as well as those selling gift items such as agricultural, livestock and fishery products. They have called on the government to map out measures to help them cushion the greater-than-expected fallout from the law. 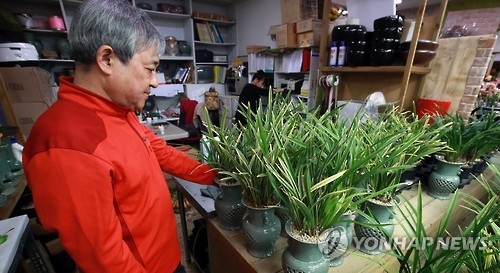 "Although we have come up with a low-priced menu, people no longer come to this restaurant as they still think things are expensive here," said a 72-year-old owner of a traditional Korean restaurant adjacent to the central government complex in Seoul. "As there is a lack of customers here, we can't fathom how many ingredients we should prepare (in advance)."

An owner of a Japanese restaurant in western Seoul said that its daily sales have more than halved since the law took effect.

"Before the law was enforced, we recorded sales of some 7 million won each day, but now the figure has been reduced to 2 million won," he said. "We are now thinking of creating an assortment of foods priced at 30,000 won or lower." 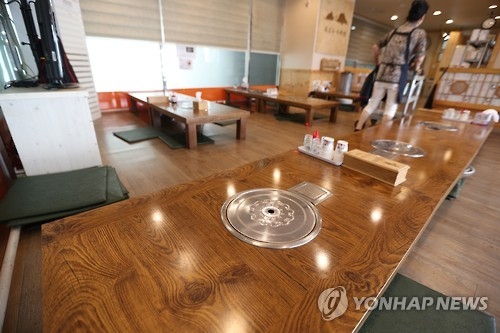 The law has also taken a toll on those providing chauffeur services as many have cancelled their night-time gatherings.

"Perhaps because of the anti-solicitation law and partly of the sluggish economy, the roads in downtown Seoul are empty," said Kim Jong-yong, the leader of the nationwide chauffeur service association.

But he voiced hopes that the law can take root in this society to create a social climate that makes people more averse to any corrupt practices.

"Though there will be inconveniences during the transitional period, I believe this law is necessary for the socially vulnerable class," he said.

Amid the public outcry reverberating across these business sectors, President Park Geun-hye directed related ministries on Tuesday to "do their best" to minimize any side effects.

"The law is the people's promise and code of conduct to end irregular practices that can lead to corruption, and forge a transparent, clean society through fair competition," the president said during a Cabinet meeting.

"We should not let the purpose of the law fade or only highlight its side effects by excessively reacting to it."

Since the law came into force on Sept. 28, more than 240 cases of alleged violations have been reported to the police, the state anti-corruption institution and the state audit agency, mostly by phone. 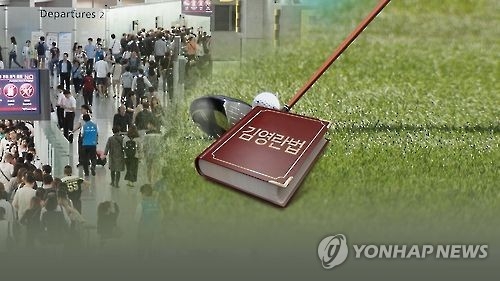