'IoT Korea Exhibition 2016,' part of IoT Week Korea 2016, was held at the Convention and Exhibition Center (COEX) in southern Seoul for a two-day run. The event, the third of its kind, is hosted by the Ministry of Science, ICT and Future Planning.

The basic idea of the IoT is to connect all objects to the Internet and give them the ability to identify themselves to other devices and people in order to exchange data for improved efficiency and convenience.

The Seoul government has been pushing forward with various projects to secure a new growth strategy to cope with fast-paced industrial transformation, dubbed the "fourth industrial revolution" and characterized by a fusion of cutting-edge technologies, most noticeably in the IoT sector.

"The event was organized to showcase various examples embedded with IoT connectivity so that more firms and people would be interested, and to discuss the ways to improve the IoT industry sector," said Jung Jae-hoon, an ICT ministry official. 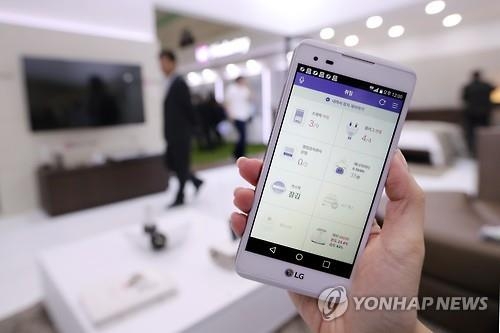 SK Telecom first introduced services using the so-called Low Power Wide Area Networks (LORA) technology, which is one of the IoT standards that many are seeking to make a global platform.

The country's leading mobile carrier SK Telecom has been pushing forward with various IoT-related businesses, as the segment has emerged as a new growth engine for the telecoms industry.

The LORA technology allows mobile users to use their devices, including smartphones and tablets, in other countries without any roaming process.

KT also demonstrated various IoT application services, including the so-called Connected Car, in which a vehicle is able to optimize its own maintenance via Internet connectivity.

KT, which is a leading player in the sector, said the company's Advanced Driver Assistance System would allow a vehicle to share Internet access with other devices both inside and outside the vehicle. 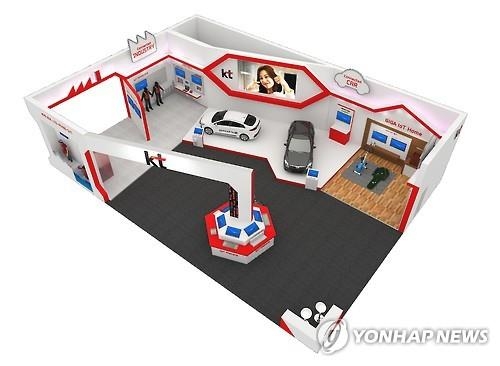 "The market for connectivity solutions in vehicles is growing," said Jung Woo-hyun, a KT official, forecasting that 89 percent of new cars sold worldwide will have embedded connectivity in 2024.

Neopop introduced an LED identification tag with an embedded Bluetooth chip for pets that can be controlled by a smartphone, allowing the owner to pinpoint the location of their pets.

It is equipped with an alarm to tell users if their pets are beyond a certain distance away.

"Neopop already produced over 10,000 products this year, as no other firm can make this product," said Seo Young-jin, CEO and founder of the startup. 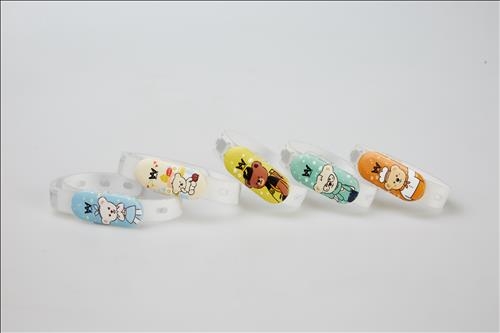 South Korea's market for IOT products and services is growing fast, surging 28 percent on-year in 2015, according to ministry data.

Earlier this year, the ministry announced that it will increase its R&D budget in the "fourth industrial revolution" sector from 314.7 billion won this year to 470.7 billion won next year.

"The IOT is a link that connects the fourth industrial revolution and an information society," Choi Jae-you, vice minister of science, ICT and future planning, said in an opening speech at the exhibition, adding that the government will work together with local firms to further develop the sectors.

The ICT ministry also said it will continue efforts to foster IoT startups and help them roll out full-fledged services to have the segment settle in the country's industry realm. 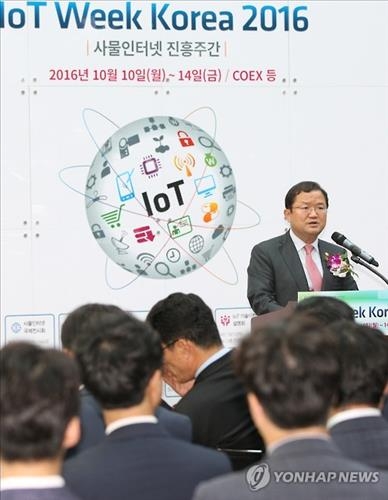