South Korea lost 1-0 to Iran on Tuesday in their World Cup qualifier at Azadi Stadium in Tehran. With two wins, a loss and a draw, the Taeguk Warriors have fallen to third place in Group A in the final Asian qualifying round for the 2018 FIFA World Cup. The top two teams in the group automatically advance to the next World Cup in Russia.

After the defeat, Stielike said South Korea suffered a loss because they didn't have a player like Qatari forward Sebastian Soria. The Uruguay-born striker scored a goal and drew a penalty in Qatar's 3-2 loss to South Korea last week.

Stielike's remark enraged South Koreans after it was reported. Some fans even insisted the German coach resign from his post.

Stielike, however, said there was a misunderstanding.

"I was trying to say that we should analyze Soria's performance and play well next time," he said while leaving a Tehran hotel. Stielike will return to South Korea on Thursday with eight players who are with the K League Classic clubs.

Stielike, who took over South Korea in September 2014, said he mentioned Soria to talk about forward Ji Dong-won.

"I mentioned Soria to talk about Ji's performance in the morning of the match day," he said. "To motivate our players, I spoke about his aggressiveness and penetration, but it seems like the meaning was misinterpreted."

Stielike admitted that he was a little emotional during the post-match interview.

"I was mad at myself because we couldn't show what we had prepared," he said. "When we play a bad game, I see that there's a firestorm of criticism and it affects us badly in some aspects. However, I always respect my team and will serve my duty by respecting each player's personality."

Stielike called for unity to overcome the current situation. South Korea, looking for its ninth consecutive World Cup appearance, will host Uzbekistan on Nov. 15 in their next World Cup qualifier.

"It's true we are now facing a danger," he said. "I think we can overcome this situation as a team. But if we play like we did yesterday, it's going to be tough." 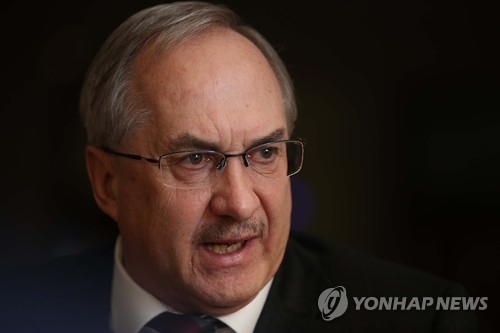 Football coach explains his remarks about lack of good striker

Football coach explains his remarks about lack of good striker