SEOUL, Oct. 12 (Yonhap) -- The head of the country's main opposition party was indicted Wednesday on charges of illegal electioneering as the statute of limitations for crimes committed during April's general elections is slated to expire later this week.

The Seoul Eastern District Prosecutors' Office said Rep. Choo Mi-ae of the Minjoo Party of Korea is suspected of spreading false information to get elected ahead of the polls for the 20th National Assembly.

The 57-year-old lawmaker held a press conference in March and said the retention of the Seoul Eastern District Court at Gwangjin Ward was decided following her request to the then-chief of the National Court Administration while she was a member of the 16th parliament in the early 2000s.

Prosecutors, however, said the claim differed from facts.

Choo has been flatly denying the allegations raised.

The indictment came as prosecutors accelerated their investigation into election offenses committed leading up to the April 13 polls, as they will be barred from taking legal action after Thursday. 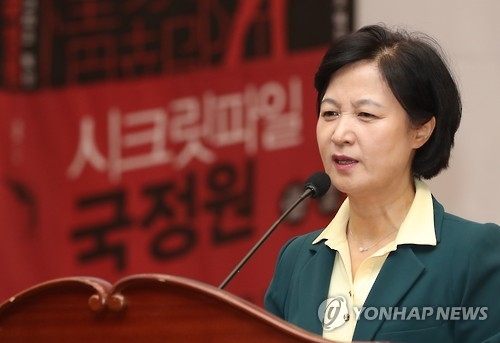