BEIJING, Oct. 12 (Yonhap) -- China's foreign ministry on Wednesday asked South Korea to stay calm in dealing with Chinese boats illegally fishing in the neighboring country's waters a day after Seoul said it will be more firm with lawbreakers.

South Korea's decision to strengthen law enforcement, even authorizing the use of firearms, is not a fundamental solution to the problem and will only cause more trouble, said Chinese ministry spokesman Geng Shuang during a regular press briefing.

The remark was made a day after South Korea's Coast Guard said it plans to actively use force, including crew-served weapons, against boats and fishermen that violently interfere with the authorities' execution of their duties.

The announcement by the Seoul government came a few days after a 4.5-ton Coast Guard speedboat was sunk Friday during an operation against illegal fishing in the Yellow Sea when a 100-ton Chinese boat intentionally rear-ended it.

The Chinese ministry, however, said the Chinese boat was legitimately operating in a zone where fishing was allowed.

South Korea should refrain from using excessive force that could harm the safety of Chinese nationals, the spokesman added.

The Chinese foreign ministry has been trying to downplay the issue, even urging South Korea's restraint in dealing with the sinking. 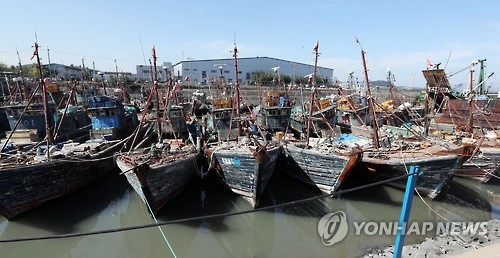