ULSAN, Oct. 12 (Yonhap) -- The labor union and management of South Korea's top automaker Hyundai Motor Co. reached a second tentative agreement on a wage increase on Wednesday, about two weeks after its unionists went on their first full strike in 12 years, rejecting a previously offered compromise.

Under the deal, the two sides agreed to increase basic pay by 72,000 won (US$64) plus a bonus of 350 percent and 3.3 million in cash for each worker, along with other benefits.

The automaker's union members are expected to decide whether to accept the agreement in a vote on Friday.

The tentative deal was reached a few weeks after the government said it might invoke its right to emergency arbitration to order the employees to return to work to minimize the impact on the country's overall economy.

By law, the government can intervene to suspend a walkout when it is related to public services, adversely affects the daily lives of the general public or jeopardizes the national economy. If enacted, the concerned parties are required to immediately suspend walkouts for the following 30 days.

Tensions have been rising as the unionized workers at Hyundai Motor Group threatened to stage a general strike if the government pushed forward with the measure.

Hyundai Motor's labor and management had reached a tentative agreement on Aug. 24 that would have raised the workers' monthly wages by 58,000 won plus a bonus of 350 percent and 3.3 million won in cash for each worker. The management also withdrew its demand for a wage peak system to be introduced, which had been one of the most contentious barriers in negotiations.

The compromise, however, was rejected by unionists, with 78.05 percent of the nearly 50,000 members voting against it. 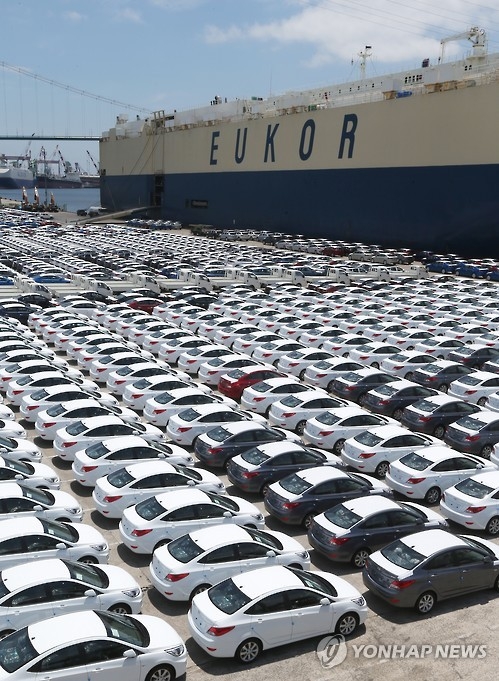