At Cheong Wa Dae, Park will host a gathering of some 530 advisers to the National Unification Advisory Council (NUAC), who have gathered in Seoul from 92 countries in Europe, the Middle East, Africa, Russia and Central Asia to attend the council's ongoing general session.

During the meeting, Park is to receive a briefing about the activities of the advisory panel to criticize the communist state's latest nuclear test and persistent missile provocations, and shine a light on its woeful human rights record, Cheong Wa Dae said. 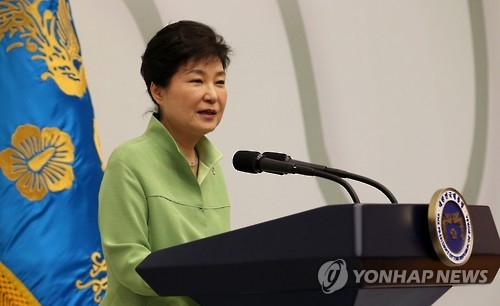 Park to meet overseas members of advisory panel on unification

Park to meet overseas members of advisory panel on unification