SEOUL, Oct. 13 (Yonhap) -- South Korean President Park Geun-hye on Thursday castigated the North Korean regime for driving its people into a "hell" through its brutal dictatorship, pledging to intensify efforts to improve the woeful human rights situation in the reclusive state.

During her meeting with some 530 advisers to the National Unification Advisory Council (NUAC), Park also vowed to reinforce her government policies to better support North Korean defectors' resettlement in South Korea.

"Now, the North Korean regime is driving the lives of its citizens into a hell through the brutal reign of terror," Park said, noting her country will open "all the paths" to enable North Koreans to find freedom and pursue happiness in the South. 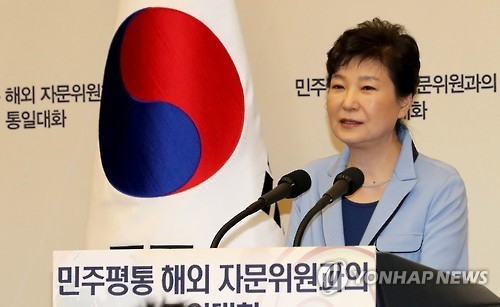 "(The current situation in the North) well demonstrates that it is difficult for the North Korean regime to survive without recourse to such an abnormal method (to control its people)," the president added.

Park, then, highlighted that a growing number of defectors, including those in the North's top echelons and its troops, have been fleeing poverty and repression in the isolated state. She previously cited the defections as a telltale sign of "cracks" in the North's autocratic governing system.

The chief executive also stressed the importance of North Korean defectors residing in the South, pointing out that they are "crucial human resources" that would play a role in the process of national reunification.

"In the era of 30,000 North Korean defectors in the South, we will reinforce our policies needed to ensure that they can adapt themselves well to our society and pursue their dreams and happiness," Park said.

The president, in addition, vowed to ensure the steady inflow of outside information into the North so that ordinary North Korean citizens can come to terms with the reality and recognize their rights to freedom and human rights.

Brushing aside the argument that efforts to enhance the rights situation in the North would provoke the recalcitrant regime, Park cited the German reunification case.

"Many scholars studying the German unification process say that West Germany's consistent calls for improvement in the human rights situation in East Germany and its efforts to provide outside information into the East played a crucial role in laying the groundwork for unification," she said.

"We need to join our forces to enhance the rights situation in the North based on the clear recognition that leaving North Koreans unattended would only result in the strengthening of a ferocious, bellicose North Korean regime."

The latest meeting brought together NUAC advisers who have gathered in Seoul from 92 countries in Europe, the Middle East, Africa, Russia and Central Asia to attend the council's ongoing general session. 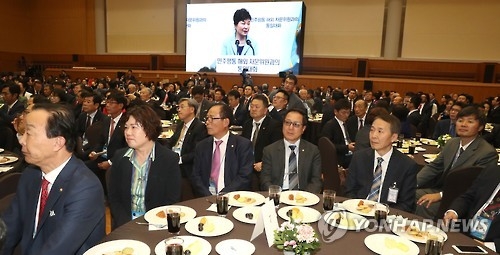