SEOUL, Oct. 13 (Yonhap) -- South Korea's exports are expected to receive a much-needed boost next year from more imports by its major trading partners including China and the United States, the Bank of Korea (BOK) said Thursday.

In a report on global trade, the central bank analyzed the estimated income and import growth rates of Japan, the European Union and five Southeast Asian countries: Indonesia, Malaysia, the Philippines, Thailand and Vietnam.

Their average import growth rate is projected to expand to 3.9 percent in 2017 from 2.5 percent this year, according to the BOK.

The premise is that the world's economy will grow 3.2 percent, up 0.2 percentage point from 3 percent expected this year.

"The imports of the major trading partners will show a recovery trend after the latter half of this year, helped by a gradual recovery in investment and exports," the bank said.

In particular, China's investment growth rate will rise thanks to such massive government-led infrastructure projects as the creation of "One Belt, One Road" bloc and the development of provincial regions near Beijing, it added. 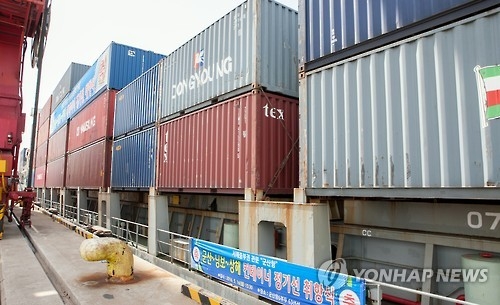