SEOUL, Oct. 13 (Yonhap) -- A policy bank has offered a refund guarantee (RG) for a new order won by Samsung Heavy Industries Co., helping one of the country's major shipyards proceed with the new shipbuilding order.

Earlier this week, the shipyard secured a 240 billion-won (US$214 million) deal to build four oil tankers, two weeks after it bagged a 420 billion-won contract to build two LNG carriers, marking its first contract in almost one year.

The deals came as local shipyards are suffering from a sharp decline in new orders amid a protracted industrywide slump.

Samsung Heavy is also set to win more deals valued at a combined 3 trillion won, including a contract to build offshore facilities.

According to the sources, the state-run Industrial Bank of Korea has issued the RG to Samsung Heavy's latest shipbuilding deal.

Without a refund guarantee, winning a new deal is almost impossible for a shipyard.

Earlier, a group of banks refused to issue an RG for a new deal clinched by Hyundai Heavy Industries Co., another local shipyard, out of concerns for their large credit exposure.

New orders clinched by South Korean shipyards fell to record lows in the first half of the year, largely due to a protracted industry slump, mirroring their worst-ever business performance. 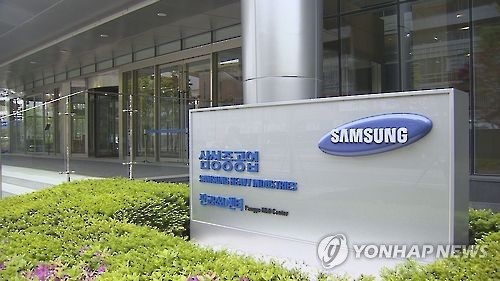