SEOUL, Oct. 13 (Yonhap) -- Actor Kim Rae-won, who recently starred in the popular medical series "Doctors," has held a fan meeting in Malaysia on his first visit to the country, his management agency said Thursday.

The 35-year-old actor, who is best known for his roles in romance dramas, such as "Rooftop Room Cat" and "Love Story in Harvard," met with more than 5,000 fans at the Pavilion Kuala Lumpur shopping mall Tuesday, according to HB Entertainment. The delighted fans shouted out "Hong Hong Hong," his nickname in "Doctors."

Kim's popularity has soared, along with that of his drama, with the SBS series recording a viewership eight times higher than other dramas on the subscription pay cable and satellite television channel ONE TV Asia, it said.

"Doctors" tells the love story of a teacher and a student who meet again years later as neurosurgeons in the same hospital. The series ended in August after recording a nationwide viewership of around 20 percent. The female protagonist was played by Park Shin-hye.

Kim is also scheduled to hold fan meetings in Taiwan and Thailand. 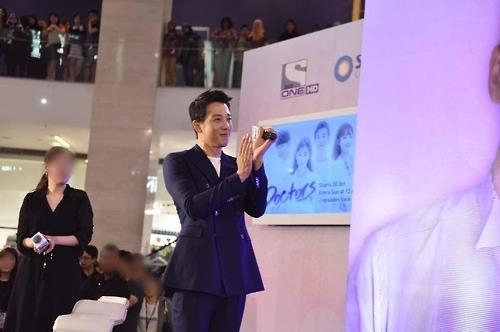 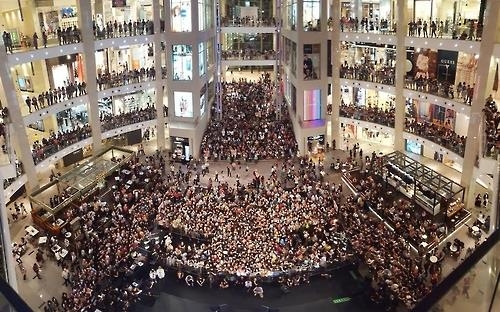