SEOUL, Oct. 13 (Yonhap) -- A political storm appears to be brewing over a long-overdue, highly polarizing issue -- a constitutional amendment -- as politicians are split over if, when or how the decades-old basic law should be rewritten.

Political circles largely agree over the need for a revision to alter the way the country is run, as the current Constitution does not reflect a slew of social and political changes that have transpired since its last amendment in 1987.

However, potent resistance to it has persisted as some, including President Park Geun-hye, are concerned that any major shift in the Constitution would hurt political stability and derail endeavors to tackle a host of security and economic challenges facing the nation.

At the forefront of the move towards an amendment is National Assembly Speaker Chung Sye-kyun, who has constantly stressed the necessity of sweeping changes in the nation's governing structure since he took the helm of the legislature in June.

"The current Constitution, which has remained untouched over the past three decades, is not suited for our society that has undergone immense changes in terms of human rights, democracy and national power," he said during a lecture in Wonju, Gangwon Province, on Wednesday. 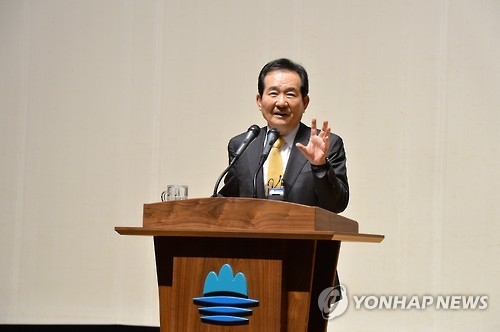 "There has so far been much talk about it, and we have now come to a point that calls for our determination," added the parliamentary chief, who used to be a member of the main opposition Minjoo Party of Korea.

Fueling the talk of a possible change in the so-called 1987 system are some ruling party lawmakers, including floor leader Chung Jin-suk who has underscored the need to change the current president-centered governing structure and adopt a German-style parliamentary cabinet system.

"The presidential system has neared its limit," he told reporters last week, claiming, "All of the 'normal' countries have a parliamentary cabinet system in place."

His forceful remarks represent a change from his earlier position, which triggered speculation that the ruling party is only seeking to bring the amendment issue to the fore to help squelch a series of corruption allegations involving those in the presidential office. Chung previously maintained time was not yet ripe for full-fledged discussions on the revision. 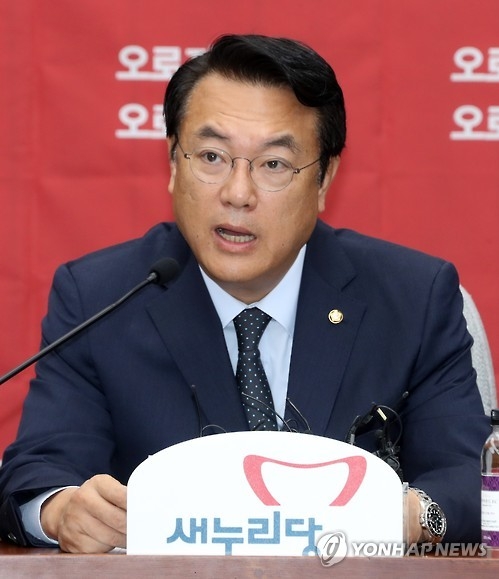 Others in Saenuri, particularly those in a faction not close to the president, have continued to broach the divisive issue, saying the "trends of the time call for an amendment."

Rep. Kim Sung-tae, part of the "non-Park" faction in the party, has even proposed timing a national referendum over the amendment agenda to coincide with nationwide by-elections slated for April next year.

"There are piles of issues facing our society which we cannot address without a constitutional revision," the lawmaker said in a press release on Tuesday. "We are now facing a situation in which we no longer have the time or any rationale for deferring the discussions on the amendment." 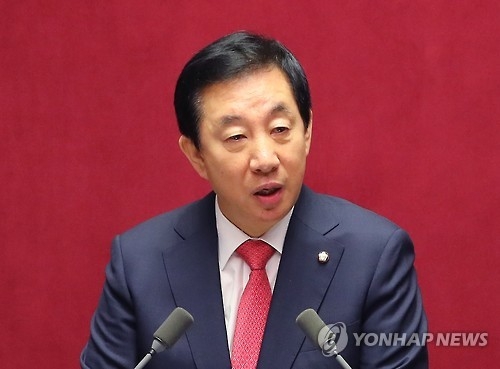 Despite such talks, Cheong Wa Dae has so far put the brakes on any serious dialogue regarding the revision issue, particularly within the ruling party, saying, "Now is not the time" for it.

Reflecting this, Saenuri leader Lee Jung-hyun, a stalwart loyalist of the president, also showed his opposition to any immediate discussion on the issue.

"It is by no means appropriate to thoughtlessly touch on the Constitution," he said in a meeting with reporters in Incheon on Wednesday. 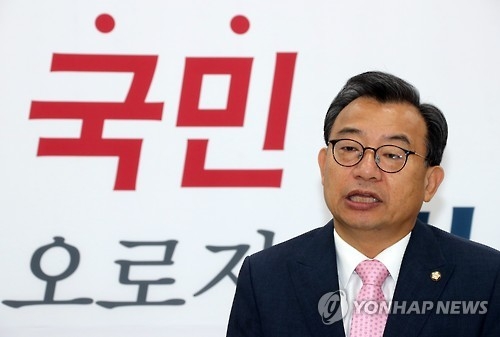 The debate over the revision centers on diffusing the power that is now concentrated in the presidency, a point over which many politicians from the ruling and opposition parties alike largely concur.

The 1987 amendment was aimed at limiting authoritarian rulers from prolonging their presidency by restricting a president to a single five-year term in office. But many concur such restrictions are outdated in South Korea's democracy.

Yet, politicians and citizens alike have differed over how to reshape the overall power structure, with public opinion diverging on this crucial issue as well.

Under this model, the prime minister is elected by the parliament and given substantial power in handling state affairs, including public security and economic policies, while the president, elected through a popular vote, is to take charge of external relations like foreign affairs.

Other people have espoused a purely parliamentary Cabinet system like the one in Japan or called for reshaping the current single presidential term into two four-year terms, which pundits say would help ensure a more stable, responsible and farsighted policy implementation.

The survey, conducted in June by Yonhap News Agency, found that more than 45 percent of the 250 lawmakers -- excluding those against the revision -- favor changing the current single-term, five-year presidency into two four-year terms.

In the survey, 24.4 percent were in favor of the semi-presidential system, while those backing the parliamentary cabinet system accounted for 14 percent.