SEOUL, Oct. 13 (Yonhap) -- Shin Yong-jae from the South Korean R&B group 4Men released his second solo EP "Empathy" on Thursday. Shin's first solo album in four years and three months contains five songs, including his lead song "Lean On." The song, composed by Shin himself, has a heartfelt message that will heal and comfort the listeners, like Park Hyo-shin's recent album.

The EP also contains "Pulse" (words and music by Ryu Jae-hyun from Vibe), "Soliloquy," "Earth and the Moon" and "A Wall Clock," all composed by Shin.

Besides being a member of 4Men, Shin gained a great reputation for a "meant-to-be singer," as he also took first place in the South Korean music competition TV show "Immortal Songs: Singing the Legend," with Yoon Min-soo from Vibe. Shin's return after four years and three months with his soft ballads is expected to captivate many listeners, like his first successful EP "24."

Shin's sincere wish to commune and sympathize with listeners is embedded in the new EP "Empathy." 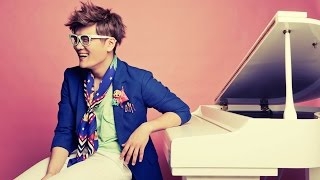