Two of the three messages from Beijing to Pyongyang came in July, shortly after North Korean leader Kim Jong-il was selected as the chairman of the newly created state apparatus called the State Affairs Commission, and in October 2015 when the North marked the 70th anniversary of the foundation of its ruling party.

During the mentioned period, Syria sent congratulatory messages to the North the most. Syrian President Bashar al-Assad congratulated Kim on the occasion of all but three anniversaries: 2016 anniversary of the Fatherland Liberation War, or the 1950-53 Korean War; the 2016 New Year's Day; and the 2015 birth anniversary of founding president Kim Il-sung.

North Korea and Syria have maintained a relationship of allies amid reports of North Korea's suspected assistance to Syria's construction of a nuclear reactor and North Korean soldiers' participation in the Syrian civil war.

Syria was trailed by Uganda, which sent congratulatory messages for nine of the 14 anniversaries. Palestine and Laos came next with seven each, Myanmar and Cuba with six each, and Russia, the Democratic Republic of the Congo and Egypt with five each. 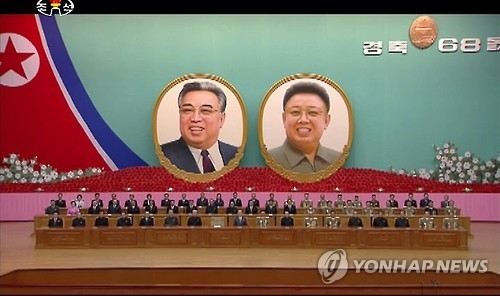