SEOUL, Oct. 13 (Yonhap) -- South Korea will run a booth for promoting the Korean writing system, hangeul, at an annual international language exhibition in London this weekend, the culture ministry said on Thursday.

South Korea's state-run King Sejong Institute for teaching the Korean language to foreigners will run the booth under the theme "Enjoy Korean Language & Culture" at the Language Show Live 2016 during the exhibition period from Friday to Sunday.

On display will be diverse content related to Korean language and culture ranging from how hangeul was created to designer products such as bags, plates and postcards decorated with Korean characters.

In addition, foreign visitors will be offered a chance to learn the Korean language and its writing system from King Sejong Institute teachers and online courses.

Course materials of varying levels from beginner to advanced will also be provided. The event will be enriched with performances of traditional Korean instruments including the "gayageum," a zither-like stringed instrument.

The Language Show Live, which celebrates its 28th year, is Europe's largest exhibition that spearheads efforts to spread languages and cultures. Some 160 institutes and organizations and around 10,000 language enthusiasts swarm the venue annually. The exhibition opens in October and provides opportunities for participants to engage in seminars, language classes and workshops as well as enjoy a wide range of cultural events. 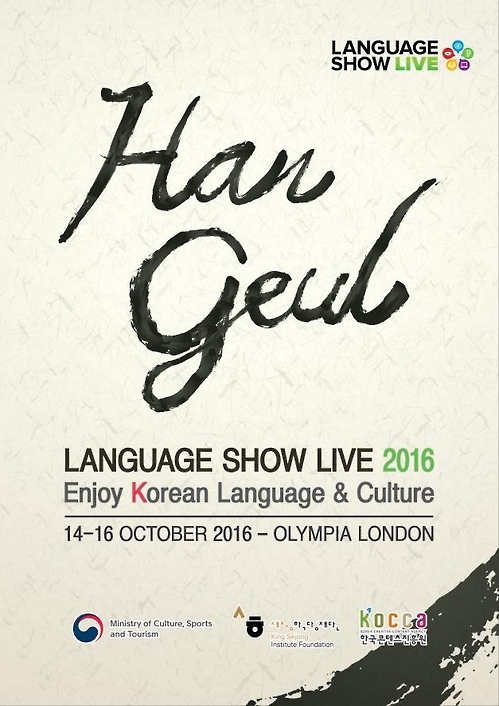