The 48-year-old Lee, the only son of the ailing Samsung Electronics Chairman Lee Kun-hee, was nominated to join the board last month and the nomination will be subject to approval at Samsung's shareholders' meeting later this month. 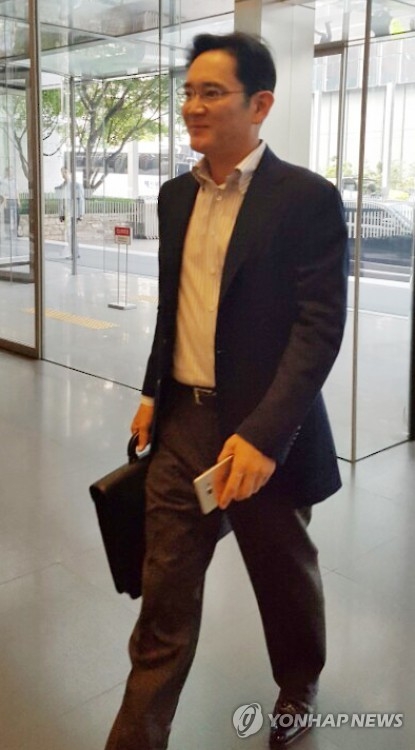 "Major proxy advisory institutions at home and abroad expressed their opinions to advise us to vote in favor of the motion," said an NPS official. "Unless nothing particular happens, we will follow that advice."

Another NPS official said the pension fund will hold a meeting to discuss the issue ahead of the shareholders' meeting set for Oct. 27.

The NPS holds an 8.38 percent stake in Samsung Electronics.

A proxy-advisory firm Institutional Shareholder Services is said to have sent a report to major shareholders of Samsung that it recommended shareholders approve the nomination of the younger Lee to the board.

Since his father was hospitalized in 2014 following a heart attack, Samsung insiders say the younger Lee has played a key role in making vital decisions at Samsung Electronics and Samsung Group, which accounts for more than one-fifth of South Korea's economy.

The nomination of the younger Lee to board member comes at a critical time when Samsung is moving to limit the damage done by the discontinuation of the Galaxy Note 7 over safety concerns.
(END)